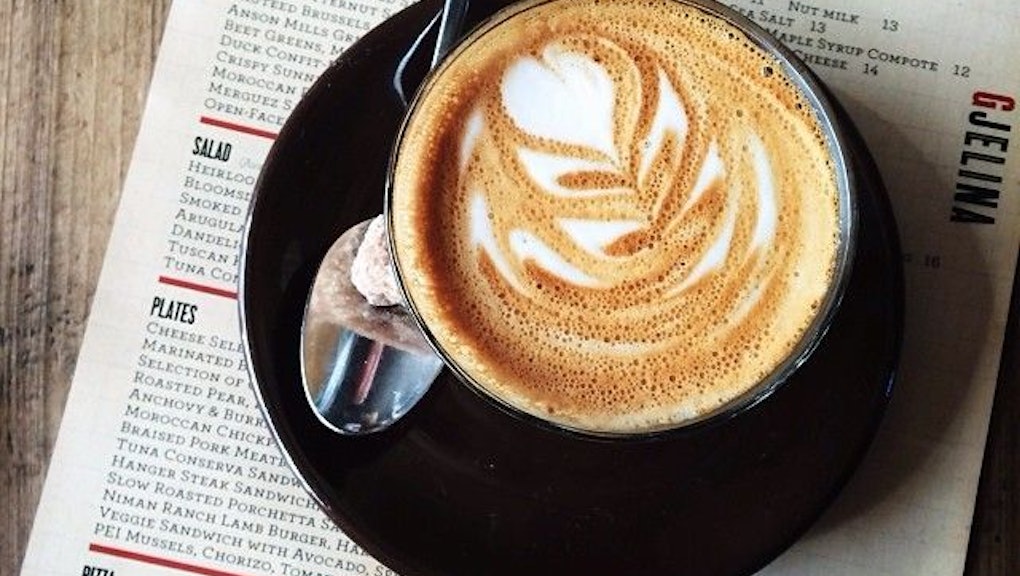 Scientists Have Discovered Something Amazing About Caffeine Consumption

The news: Yes, it works. According to a new study in the journal Nature Neuroscience, a dose of caffeine after a learning session boosts long-term memory and retention.

Daniel Borota's John Hopkins University research team studied 160 participants aged 18 to 30, and asked them to identify objects as either "indoor" or "outdoor" items. After doing so, they were given either a placebo (weak) or 200mg dose of caffeine (awesome).

The next day, the scientists showed the participants the same pictures along with new ones sprinkled in for good measure. They asked them zany questions like whether they were "new," "old," or "similar to the original questions." The caffeinated team was better at identifying pictures that were similar but not the same as the previous day's. This proved that chugging coffee while cramming for a test actually is a good idea.

Or rather, 200mg of caffeine — about two cups of regular coffee. The researchers found a notable increase in memory retention when subjects took over 100 mg, but found the effect weakened at 300mg, indicating that beyond a certain point, you're probably just giving yourself the caffeine shakes.

How does it work? They don't know. It's possible that caffeine blocks a molecule named adenosine, barring it from inhibiting a hormone called norepinephrine that helps the brain store memories.

But identifying the mechanism that causes the enhanced memory wasn't part of the study. According to the researchers, "Given the widespread use of caffeine and the growing interest in its effects both as a cognitive enhancer and as a neuroprotectant, these questions are of critical importance."

It's not all good news: Most Americans drink about 300mg of caffeine a day, ingesting the compound from coffee, tea and soft drinks. About 80% of Americans are users, but only a small proportion are "true addicts."

Caffeine can be so addictive that in a study that gave addicts a placebo or a caffeine pill, many of those who received the placebo "were functionally impaired for a day and a half." The study reported, "One person who had a manufacturing job made costly errors. Another could not bring herself to go to work. Another spent the afternoon in a dark office with her head on her desk. One woman called off her child's birthday party."

While many studies have linked caffeine to positive health effects like reduced liver disease and suicide risk, others have identified negative side effects like disrupted sleep patterns and altered heart function.

So sip away, but be aware of the risks.