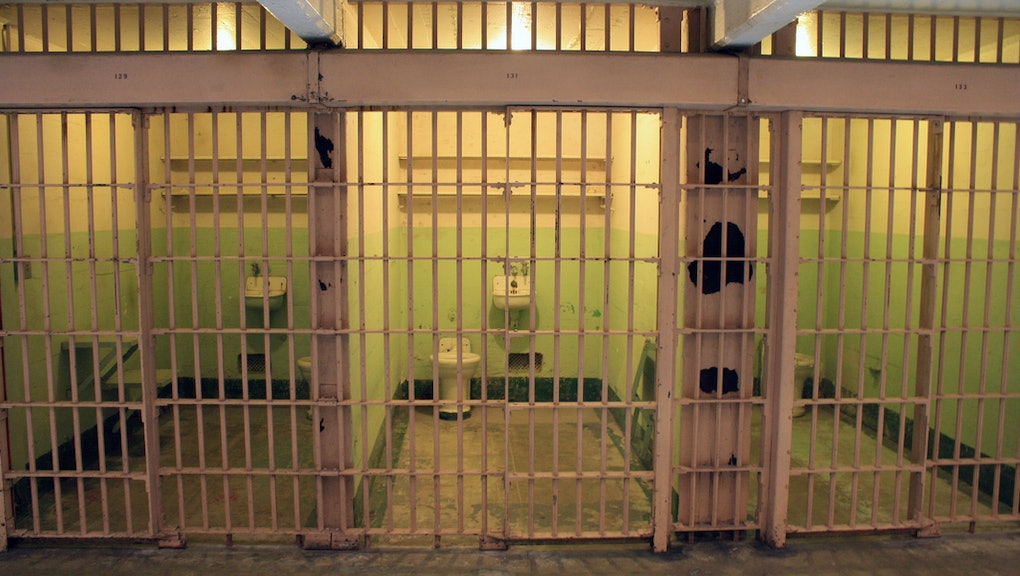 This Author Won $10,000 For a Book He Wrote While in Jail For Murder

In 2011, an editor at St. Martin's Press placed a call to Alaric Hunt to let him know his manuscript had been selected as the winner of a debut-detective-novel writing contest. For his novel, Cuts Through Bone, Hunt would receive a publishing contract and a $10,000 advance. There was only one problem: Hunt, 44, has been serving a life sentence since the age of 19 for murder.

Hunt is currently serving a minimum of 30 years in a maximum-security prison in Bishopville, S.C. for starting a fire that killed a 23-year-old college student named Joyce Austin as a cover for robbing a jewelry store. But as Sarah Weinman describes in the New York Times Magazine, when editor Toni Kirkpatrick learned about Hunt's situation, she was unfazed. "One of the beautiful things about the competition is that it's open to anyone," said Kirkpatrick.

In most cases, "Son of Sam" laws prevent convicted criminals from profiting from their crimes. However, South Carolina repealed their version of the law in 2000. And as Weinman told NPR, "[S]ince [Hunt] wrote a novel that is so markedly different from the crimes that landed him in prison — that in many ways is closer to the unpublished science fiction and fantasy he wrote for years before — instead of a memoir directly referencing Joyce Austin's death, that adds yet more nuance to the debate."

It certainly does. And it raises the question of a criminal's place in society, both during and after incarceration. Most people would agree that it's morally wrong and rightfully illegal for criminals to profit from the publicity of their crimes (although it still happens on occasion). But Hunt was not writing about his crime. Using Law & Order episodes and novels set in New York, Hunt pieced together an original story unrelated to his own — though one might argue his criminal mind helped him craft the novel.

So are we to say that criminals can't write about any crimes at all? What about when they're out of jail? Should there only be limits on writing books? What about writing poems? Or stand-up jokes? What about having any job at all that requires creativity?

The debate as to whether or not we can separate an artist from his or her art is ongoing. Just this week it arose again, when Woody Allen was honored with the Cecil B. Demille Award at the Golden Globes.

But while we might have a knee-jerk reaction that says a criminal shouldn't profit from his art, the line is blurry line, and leads to a slippery slope. If prison is really about rehabilitation, then there must be some reasonable expectation that ex-convicts can rejoin society in as many normal ways as possible if the system is to be worth anything.