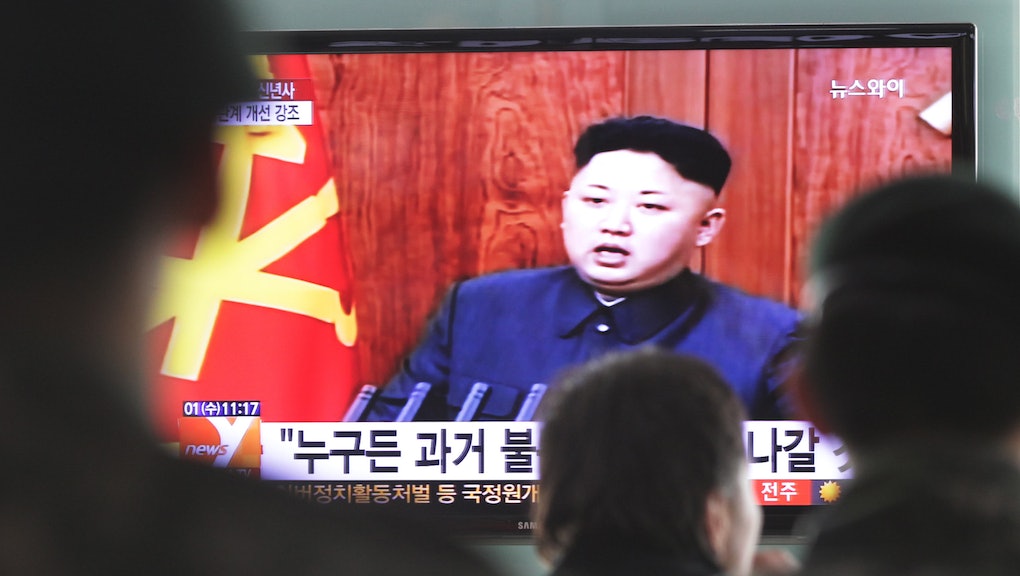 It’s the relationship this hidden side of North Korea has with the outside world that serves as the driving force behind the documentary. What the Frontline doc shows is, as the New York Times puts it, “grim.” The footage shown is filled with “piles of rubble, ox and hand carts and abandoned, starving children.” It’s a country cut off from the rest of the world.

But the documentary hinges on the idea that there are people in North Korea trying to break out of this isolation, and they’re doing it with one thing: information.

In an interview with CNN, James Jones, the director of the documentary, described how the filmmakers obtained the secret footage. North Korean citizens, displeased with Kim Jong-un’s regime, filmed undercover using hidden cameras, and then smuggled the footage across the border to China, to Japanese journalist Jiro Ishimaru.

Some of the footage is indeed startling. Watch the CNN interview with Jones:

Smuggling across the Chinese-North Korean border has become essential to those seeking to get out from under the repressive government. DVDs, movies, and computers are smuggled into and out of the country, giving North Koreans access to something banned by the government: pop culture from abroad. It’s information and media from the outside world that is crucial to spurring any sort of change within the country.

One woman reveals how using a modified radio to pick up broadcasts from outside North Korea is making her question what’s happening inside the country: “The more I listened to the radio, the more I thought what we’ve learned isn’t true, I’ve been fooled.”

This smuggling of information, of course, is highly punishable. People caught accessing outside information could be sent to political prison camps. Yet there are still people within North Korea willing to take the risk – and that is evidence of a country that is slowly, secretly, breaking out of a shell. For now, though, this Frontline documentary is the most up-close and personal footage of North Korea the U.S. can see. Well, except for whatever Dennis Rodman is doing over there.