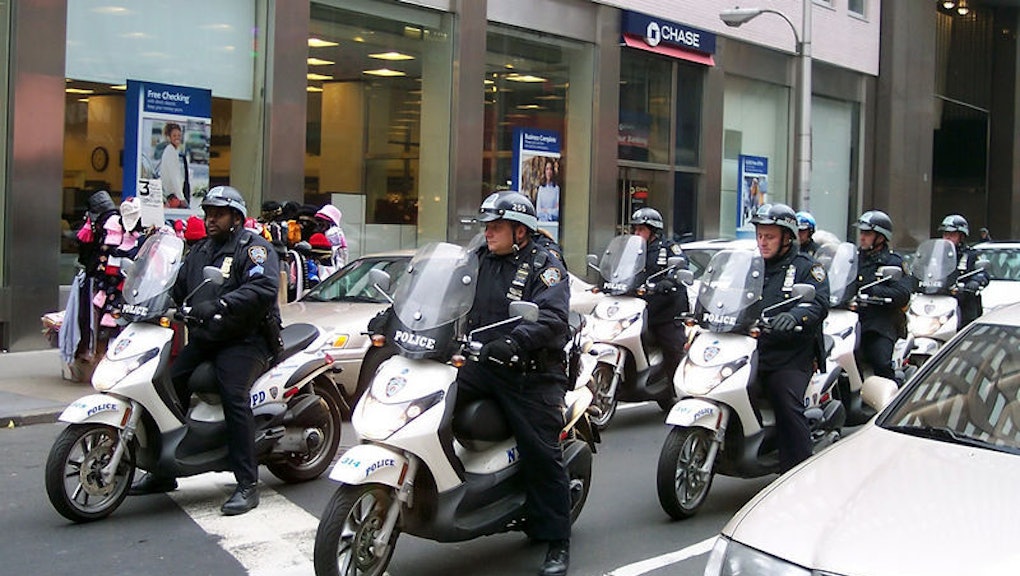 In March 2012, a squad of New York City Police officers burst into the home of a suspected drug distributor and conducted a warrantless search, punching holes in the walls, tearing everything up and seizing, among other things, about $4,800 in cash. The nighttime raid of 42-year-old Gerald Bryan's Bronx home was mostly without cause and the case was dropped about a year later. However, when Bryan tried to get his $4,800 back, he was told the money had already been deposited in the NYPD's pension fund and he was just plumb out of luck.

Asset forfeiture, or civil forfeiture, is the process by which a municipality can seize money during an arrest. As Sarah Stillman points out in the New Yorker, the basic principle of asset forfeiture is appealing. "It enables authorities to confiscate cash or property obtained through illicit means, and, in many states, funnel the proceeds directly into the fight against crime," she writes. However, the actual practice of asset forfeiture is rarely honorable or just. Because of vagueness in the law, cops are often free to take almost whatever the want, and the "criminal," whether guilty or not, is usually powerless to stop them. That's right, even if you're not found guilty and completely exonerated of your crime, the government can, and will try to, keep all seized property. In effect, the NYPD is robbing people who can't fight back and using the money to enrich themselves. I thought the police was supposed to stop people from doing that?

As Max Rivlin-Nadler points out in Gothamist, "Any arrest in New York City can trigger a civil forfeiture case if money or property is found on or near a defendant, regardless of the reasons surrounding the arrest or its final disposition." Furthermore, because these forfeitures are civil not criminal cases, defendants are not assigned a lawyer, and most targets of these actions are unable to afford one, rendering them almost completely defenseless. According to research conducted by Steven L. Kessler, the former head of the Bronx District Attorney's forfeiture unit, "in 85% of forfeiture cases pursued by the NYPD, the property owner is never charged with a crime."

The Institute for Justice writes, "New York law provides some protection for property owners caught up in civil forfeiture, but the state's law enforcement agencies are among the nation's most aggressive in pursuing equitable sharing with the federal government." Not only do property owners bear the burden of proof in New York state, but law enforcement can keep up to 60% of the proceeds seized. The IJ awarded New York a "D" grade and estimated in its Policing for Profit report that New York State seized, through asset forfeiture, roughly $70 million in 2008.

New York City's code that governs seizure of assets was drafted in 1881, and although it has been twice ruled unconstitutional (in 1993 and 2000), almost nothing has been done to fix the problem. "Based on the sheer volume of cases that the department pursues, experts estimate that the amount the NYPD has taken from New Yorkers over the past decade is well into the millions," Rivlin-Nadler writes. Furthermore, the NYPD, like many other police forces, doesn't maintain a public record the money or property it takes in though asset forfeiture or how that money is spent.

Last June, Bryan eventually received a check for his $4,800, but it didn't come out of the NYPD pension fund, it came out of the city's general fund. Bryan was paid back with taxpayer money.