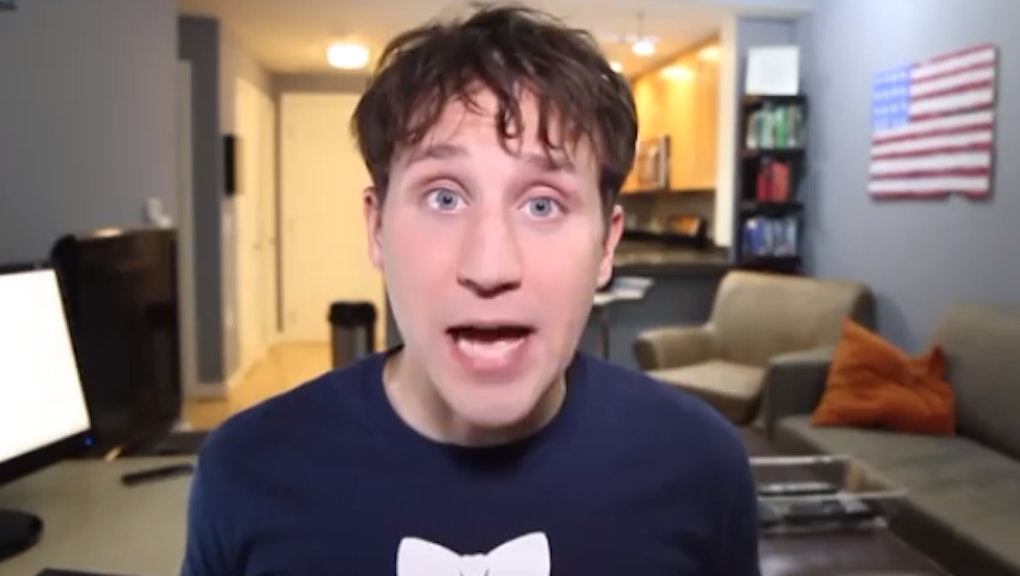 This Guy Sounds Batshit Crazy, Until You Hear the Knowledge He Drops in Less Than 5 Mins

Whether or not you believe the Affordable Care Act is the right solution, it's hard to ignore the fact that something is seriously wrong with the U.S. health care system. Or, at least, it should be.

In case, for some reason, you need more convincing that our health care system is straight-up crazy, YouTuber Josh Sundquist made this simple five minute video that breaks down the four biggest problems with U.S. health care.

It's compelling stuff. Bloomberg points out that about 10% of medical costs are the result of malpractice suits. A team of physicians from the Mount Sinai Medical Center and the Weill Cornell Medical College in New York estimated that $6.8 billion of tests and procedures — or about 56% of them — are unnecessary (for reference, Sundquist notes that a NASA space shuttle costs about $1.7 billion). And unlike other services such as travel, hotels, or actually pretty much anything, it's almost impossible to compare costs at different facilities and comparative shop, which is especially problematic considering how much hospital bills can vary from one place to the next.

But what might be the most telling fact is what the New York Times reported are the extreme costs of almost every surgical procedure in America compared to the rest of the world. Sundquist breaks it down beautifully in this one mega-gif.