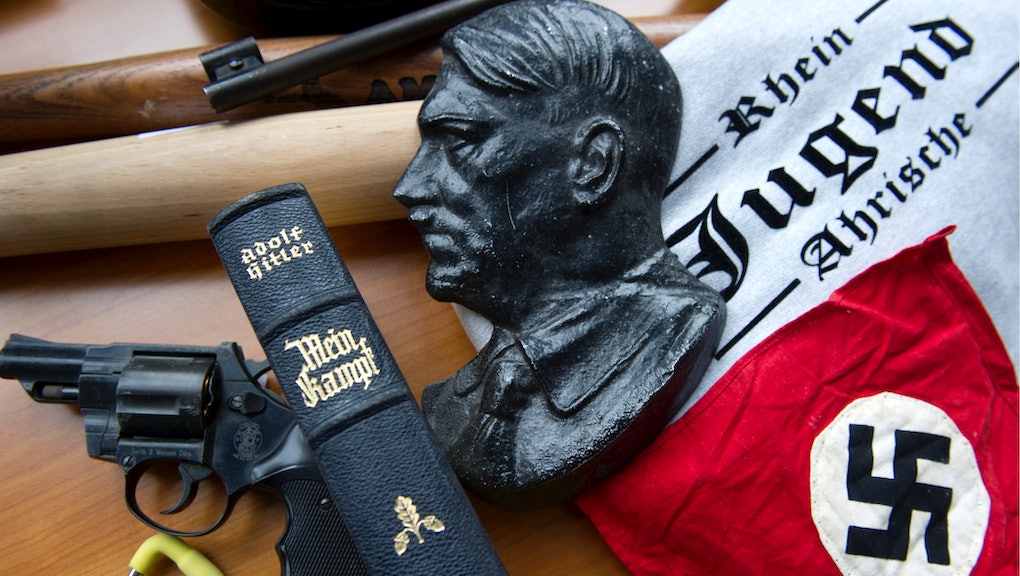 This Fake News Story Went Viral — Did You Fall For It?

The news: Make the lie big, make it simple, keep saying it, and eventually they will believe it.

Blogs from Gizmodo to Gawker to Slate bought the story wholesale. So did major newspapers like the Los Angeles Times and The Daily Mail. Even TV networks began repeating the story before it spread like a virus overseas. Jewish leaders feared the worst.

"It adds fuel to the fire of hatred," said Rabbi Abraham Cooper of the Simon Wiesenthal Center. "It's shorthand for Jew hatred, and that makes it an automatic seller."

The only problem is that it's not true. Or, at the very least, it's very unlikely.

We did Nazi that coming: According to literary sales expert David Gaughran, it's pretty hard to tell what happens on the iTunes library — a "black box" which only Apple itself can peer into.

But it's pretty easy to tell what's selling on Amazon with tools like KND's Tracker. The e-copy of Mein Kampf in question wasn't being sold at all until October 2013, when its publisher dropped the price to $0.99. Then it ranked #7,285-#9995 on Amazon (which is actually pretty low for such a major historical work) ... or about 10 copies a day.

That's where it lurked until the story broke, when this happened.

Whooooops. After the story broke around Jan. 9, Mein Kampf ranked at #592 in the Kindle store, selling around 200 copies a day ... 20x more than it did before.

How did the media get punked so hard? Well, according to Gaughran, it's partially because Amazon and other retailers have so many categories that it's possible for one title to rise to the top of a very specific one while not actually maintaining much sales volume. Much like Netflix will recommend you "Indo-French Horror Dramedies With Strong Female Leads," Amazon will narrow their selection down to very specific categories. The Vocativ article, for example, used this image:

#1 in Propaganda & Political Psychology? Come on. Look at the competition.

The bottom line: No, Mein Kampf is not going through some kind of Fifty Shades of Grey forbidden-fruit viral sales phenomenon.

If you really want to re-live Hitler, play Wolfenstein 3D or something.

And in glorious HD: