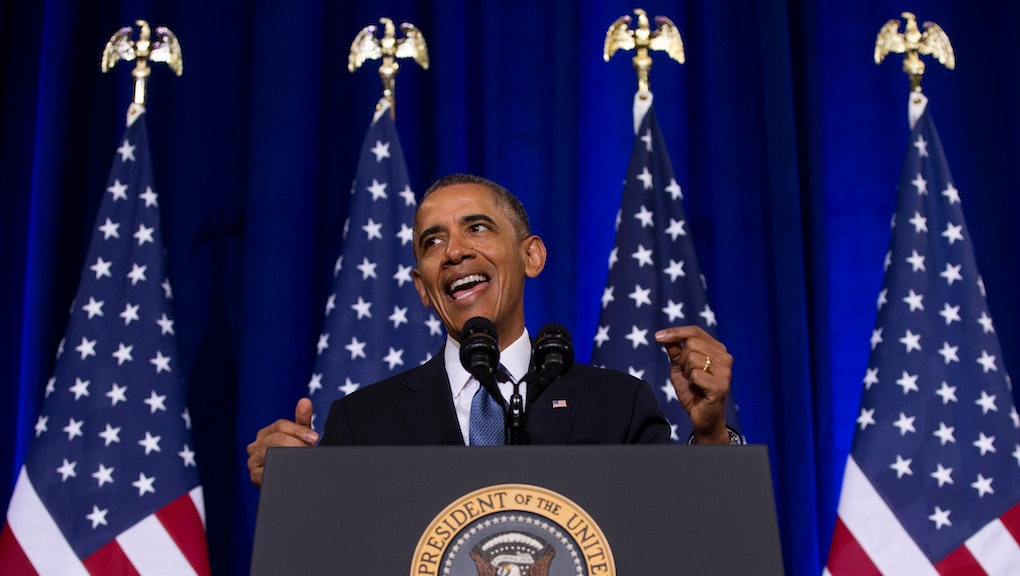 On Friday, President Obama finally spelled out his plan to reform how the NSA collects and manages telephone data.

In a speech that ranged from lofty general ideals to technical specifications, the president stood by much of the NSA's work thus far but admitted the need for change that would restrict the agency's access to telephone data and eventually move this data out of government hands. After some embarrassing international work, Obama also announced that the NSA would be forbidden from eavesdropping on the leaders of allied countries.

Furthermore, Obama said he would seek "secret court" approval before tapping into NSA's extensive database of telephone data and would only allow agencies to collect data from phone calls two steps removed from a terrorist organization (previously it was three). However, contrary to one of his own advisory panel's main recommendations, he would not require court approval for law enforcement agencies to collect "national security letters" for evidence gathering.

This long-awaited speech comes months after the Guardian leaked NSA files in June 2013 that details the extent of the NSA's spying. Then on June 9, the Guardian published an interview with former NSA contractor, Edward Snowden, who said of his actions, "My sole motive is to inform the public as to that which is done in their name and that which is done against them."

In this video comparing President Obama with presidential candidate Obama, we see that the latter is unequivocal in the government's duty to protect civil liberties while promoting national security: "[The George W. Bush administration] acts like violating civil liberties is the way to enhance our security. It is not." As president though, his words are just the opposite: "You can't have 100% security, and then also have 100% privacy." Obama has also clearly expressed displeasure with Snowden's leak in particular. In August, he canceled a one-on-one meeting with Russian President Vladimir Putin after he granted Snowden temporary asylum. And during his press conference announcing reform today, the president dismissed Snowden's exposure as "sensationalistic."

Whether sensationalistic or not, Snowden's actions brought the important debate between security and civil liberties back to the forefront. Snowden's actions and popularity are the only reasons Obama is even rethinking his position. But Obama's reforms are still somewhat limited, and it seems like President Obama's thinking is still pretty far from candidate Obama's.