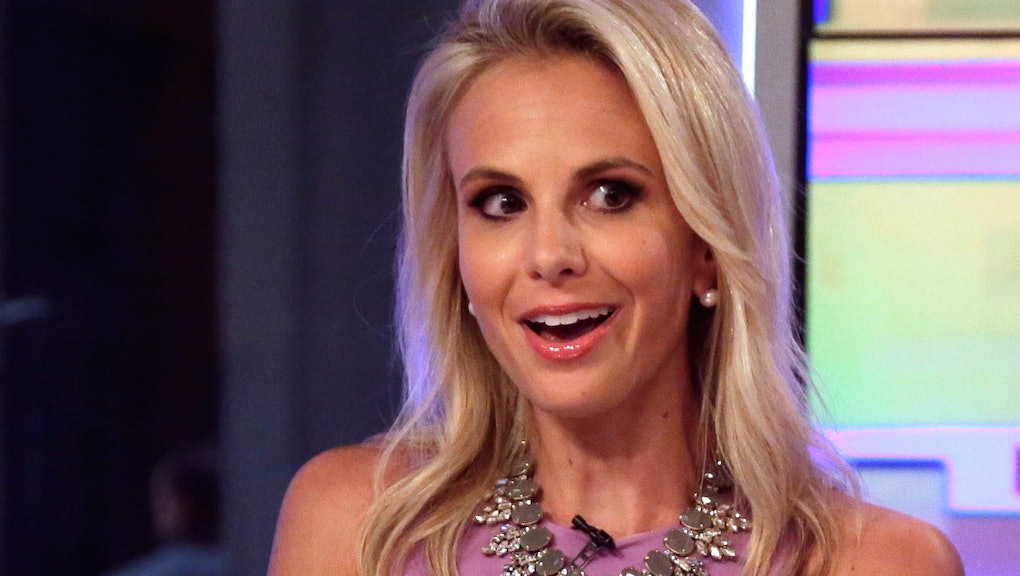 What's on your list? Terrorism? The threat of a nuclear war? Dennis Rodman's BFF? According to Fox News, you'll need to add feminists and men armed with lattes to that list. Apparently, we are seeking world domination and this could be the end for all of us. And by all of us, I mean the people who are still backward enough to believe that straight white dudes are being oppressed because women with fundamental human rights are the woooorst.

How do we know? This 29-year-old "real man" (not to be confused with the fake kind) has done extensive research during his unspecified bachelor's degree at a university in Australia. So not only does he know everything about American culture, but he also knows a lot about what are the biggest threats to his manhood. You can tell he's an expert because he wears an over-sized hat to work every day to shield himself from the apocalyptic danger of gender equality.

Notice that he is wearing a hat indoors and he is holding no lattes. That's code for "real man." (Image credit Nick Adams in America)

When asked by a worried Fox and Friends host Elisabeth Hasselbeck if this could endanger our nation's livelihood, Nick Adams said, "Absolutely, without a doubt." Now putting aside the fact that Hasselbeck is reaping the benefits of the very movement she's demonizing, her question is still hilarious. When asked, "Do you see this affecting national security?" where the "this" is women, you know, having equal rights, Adams agreed and followed up with this response:

"I think it has wide-ranging implications. Weeps and wussies deliver mediocrity. And men win. And what America’s always been about is winning. So I think it’s pivotal to the health of the country."

Using Charlie Sheen's weirdest interviews (I guess?) as his theoretical framework, Adams' ignores a fundamental truth of nation building: a healthy country depends on a healthy dose of gender equality. What's the single most cost-effective way to enhance a country's standing on pretty much anything? Turns out, it's empowering women. Nowhere is that more evident than in developing countries, where simply increasing women's education can make a pivotal difference in an entire nation's economy.

Kofi Annan once said "the empowerment of women is the most effective tool for development." But hey who you gonna believe, someone who has 29 honorary degrees, speaks five languages, and worked at the UN for over a decade, or this guy?

The one thing we should be doing more of is further empowering white straight males, said no one ever. (Image credit Nick Adams in America)

If you're worried, don't be. Elisabeth Hasselback has got this. At the end of the segment she reassured her overly emotional, but not "wimpy" anti-feminist, anti-gay viewers that she and Adams are "working on this together." And with the two of them at the helm, our country's destiny is secured. Can't wait to see what more sexism, mansplaining, and bigotry can achieve!

What do you think about Fox News' imaginary war on men? Let me know what you think on Twitter and Facebook.