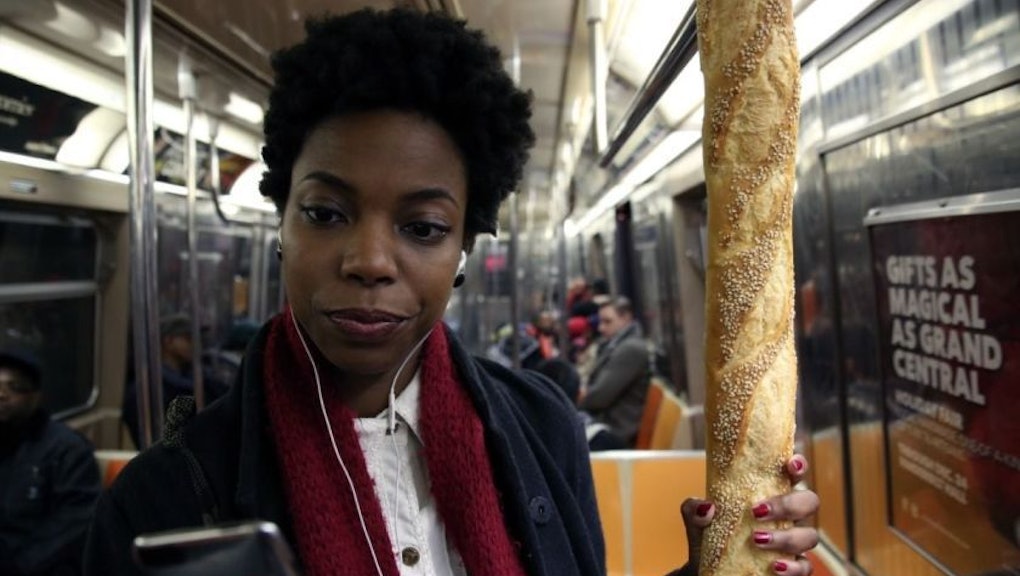 Sasheer Zamata Makes Her 'Saturday Night Live' Debut With Drake, and It's Glorious

With the addition of Sasheer Zamata as a new featured player, last night's Saturday Night Live went from just any old episode — I mean, Drake's alright — to one of the most anticipated of the season. For the first time in six years, SNL has a black woman in the cast, filling a void that had become so noticeable that they made news by not filling it last year, when they hired four more white kids for this season.

For a taste of how Zamata did, watch this sketch where Drake plays her adorkable dad:

While the show tried joking about its lack of diversity when Kerry Washington hosted a while back, it became patently clear how much this shortcoming was limiting them; SNL a show that is supposed to reflect popular culture, and black women are obviously a part of that.

So how did last night's episode reflect this new and important change? Zamata was in the limelight more than a featured player usually would be — we probably saw as much of her in this episode as we've seen of Noël Wells all season — but her presence didn't feel forced. In fact, it didn't feel all that different. While the sketches weren't particularly remarkable, now SNL can have such crazy characters as: a black person's female family member, a black woman dancing in a rap video about New Year's resolutions (which of course opens up a whole other can of worms about how black women are used in music videos, but baby steps), and Rihanna (or Beyoncé, or Oprah, or Michelle Obama).

Zamata didn't become the star of the show. There's just someone there now when those roles come up which, based on how much screen time Zamata got last night, is fairly often. It remains to be seen if she will continue to be used this regularly — after all, she is still only a featured player. If last night's show was any indication, not only will SNL make to show that it's making an effort, but also Zamata will be used disproportionately to proportionately represent women of color. There should be, if anything, more women of color on the show. And who's going to play Lucy Liu?!