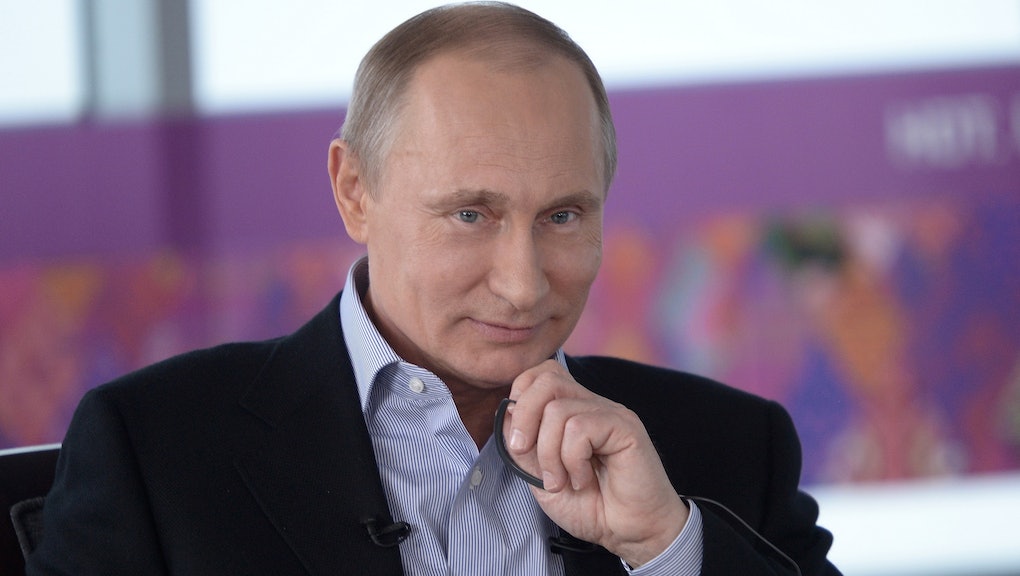 What You Missed This Weekend: 4 Absurd Anti-Gay Moments From Across the World

There was a slew of anti-gay news over the long weekend. From Russia and the Winter Olympics to Uganda's anti-gay legislation, bigots made headlines around the world.

Here's what you may have missed:

When discussing the upcoming Winter Olympics in Sochi and Russia's anti-gay laws, president Vladimir Putin linked homosexuality with pedophilia as justification for his country's anti-gay stance. Perperuating the archaic and offensive homosexual-as-pervert trope, Putin implied that homosexuals are more likely to abuse children, and that Russia needs to "cleanse" itself of homosexuality.

Putin did this all while arguing that gay athletes and guests are welcome in Russia for the Olympics, because he apparently forgot what hospitality means. Putin said that there should be "no fears for people with this nontraditional orientation who plan to come to Sochi as guests or participants." His language, however, says otherwise.

Speaking of the Sochi Winter Games, Olympic Security detained a gay Russian protester in Voronezh during the Olympic torch relay on Saturday. Pavel Lebedev pulled out a rainbow flag as the torch came through his hometown in protest of Russia's anti-gay laws, but was tackled into the snow by Olympic security.

Lebedev, who was brought into a police station for questioning, said he protested Russia's anti-gay stance because it "contradicts the basic principles of the Olympics, which is to cultivate tolerance."

Though Russia will allow limited protesting during the Sochi games, it doesn't bode well that security is already tackling people to the ground for waving rainbow flags.

In news straight out of the middle ages, Councillor David Silvester blamed homosexuality for recent storms and floods in the United Kingdom. Silvester attacked British Prime Minister David Cameron for passing the same-sex marriage bill this past summer, and wrote in a letter publishedin a local newspaper that "it is [Cameron's] fault that large swathes of the nation have been afflicted by storms and floods."

Silvester has since been suspended by the UK Independence Party; a party spokeswoman made it clear that these were Silver's beliefs alone.

Ugandan President Yoweri Museveni blocked an anti-gay bill that makes homosexuality punishable by life in prison, but only because gay and lesbian individuals are "sick people who need help."

Museveni said that the bill passed the Ugandan parliament illegally without quorum, and so he could not sign it. He added that "homosexuals need help" and should not be persecuted.

At least he blocked anti-gay legislation, but Museveni's belief that homosexuality is a sickness shows how much progress still needs to be made.