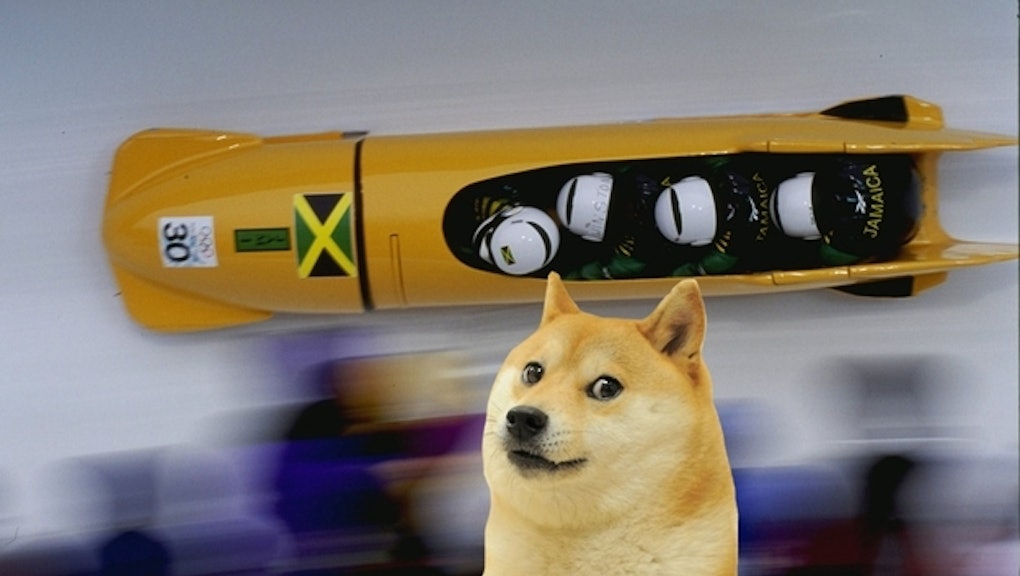 Dogecoin Just Helped Pay For the Jamaican Bobsled Team to Get to Sochi. Here's How.

Very news: Such bobsled. A pack of Dogecoin users have helped the Jamaican bobsled team make it to the Olympics this year.

The 2-man Jamaican bobsled team had already qualified for the Sochi 2014 Olympics, but they needed an additional $40,000 to cover their equipment and travel costs and make a good showing:

In what appears to be just two days, the Dogecoin Foundation had covered $30,000 of the costs in quasi-anonymous donations to a special fund designed and promoted to send the Jamaican athletes to Russia.

Bobsled pilot Winston Watt said he's contributed over £100,000 of his own money into the team, and that "Qualifying would mean so much to Jamaica." Thanks to Dogecoin, it looks like they're much closer to making that dream a reality.

"As someone who grew up in the 90's, Cool Runnings was the ultimate feel good movie about underdogs out of their element achieving their dreams," Dogecoin Foundation founder Liam Butler told the Guardian. "When I was about 7 years old, my best friend and I had a billy-cart that his dad built. When we would start our run down his driveway, we would shout out the catchphrase from the movie: 'Feel the rhythm, feel the rhyme, get on up, it's bobsled time!'"

As of early Monday, some 26 million dogecoins had been donated - approximating around $33,000 in actual worth once converted. According to the Redditors running the donations, that's about $30,000 after switching to stable currencies that won't ruin the value of the drive.

The background: Let's get this out of the way: Yes, we've all seen Cool Runnings. And bobsledding requires no actual dogs, so you won't be seeing any wide-eyed Shibas hurtling down a curved track at 110 mph (at least not until YouTube does it).

The Jamaican team still faces some hurdles. According to the team, they need around $80,000 total to cover their expenses. But a similar campaign on Indiegogo had raised $26,890 as of the time of this article, and a Crowdtilt campaign had even beaten doge, raising around $60,000.

So it looks like the team is covered, assuming all the donations clear. Jamaica hasn't competed in the bobsledding event since 2002, following showings in 1988, 1992, 1994, and 1998, meaning the team will finally return to the international stage after a 12-year absence.

What should we expect? A strong showing, relatively speaking. Jamaica is only 39th in the rankings, and was just one spot from the top 30 (who will show in the Olympics) after nations with more than two qualifiers were screened out.

And dogecoin, as well as the other online donators, has done an undoubtedly good deed.

"It would mean the world to us, and I hope that our fans and friends back home in Jamaica would be proud and support us as we show the world that we don't give up and that Jamaica's bobsled is still alive," Watt told the Jamaica Gleaner. "This means so much. ... I didn't want to see Jamaican bobsled just die like that after all the sacrifices."