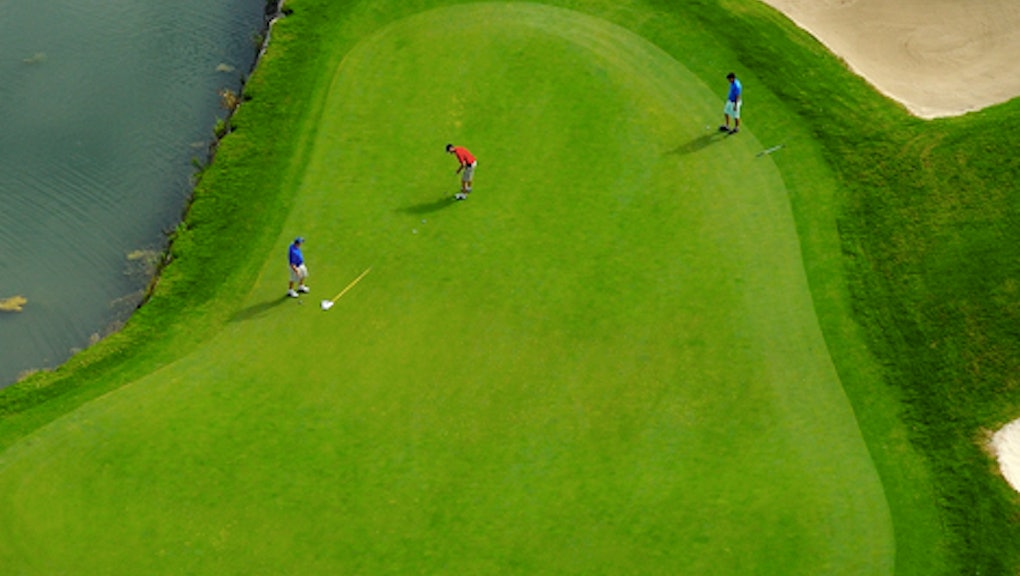 Last Wednesday, sports site Grantland posted a controversial story about a trans woman inventor, who was outed throughout the course of reporting and committed suicide. On Monday, Grantland Editor-in-Chief Bill Simmons posted a 2700-word apology for the piece.

The piece, "Dr. V's Magical Putter," was reported by writer Caleb Hannan over the course of eight months. Initially it focused on a splashy new golf putter invented by a mysterious scientist named Dr. Essay Anne Vanderbilt. Despite Vanderbilt's reluctance to participate in the piece, she offered a few educational and professional details, which Hannan had trouble verifying. Eventually, Hannan learned that Vanderbilt was a trans woman and that much of her professional history was falsified. He then asked her employers for comment.

What he didn't realize was that he was outing Vanderbilt to those around her. In October, Vanderbilt committed suicide.

As Simmons notes in his apology, the piece won ample praise and support when it was initially posted. But "by Friday night, early high-profile supporters were backtracking from their initial praise. Caleb started getting death threats. People came after us on social media. You know the rest."

Criticism focused on both the content and the style of the piece. Many people took issue with Hannan outing Vanderbilt to her investors, and the way Vanderbilt's trans identity was used as the story's shock reveal. Hannan also referred to Vanderbilt as "a troubled man," used incorrect pronouns, and wrote that "a chill that ran up [his] spine" when he learned that Vanderbilt was trans — a particularly insensitive line that many people called out on Twitter.

In the apology, Simmons notes that Grantland originally encouraged Hannan to pursue the story because "[j]ust about everything she had told Caleb, at every point of his reporting process, turned out not to be true."

He also admits that they didn't understand the implications of Dr. V's outing: "In the moment, we believed you couldn't 'out' someone who was already dead, especially if she was a public figure."

Simmons does point to Grantland's underlying problem: "But that speaks to our collective ignorance about the issues facing the transgender community in general, as well as our biggest mistake: not educating ourselves on that front before seriously considering whether to run the piece."

This is not the first response from the site. On Sunday, Grantland's parent company, ESPN, made a rather short, tepid statement: "We will use the constructive feedback to continue our ongoing dialogue on these important and sensitive topics."

Hannan has not made an official response, though he has retweeted the positive responses he has received. This was his last tweet:

Simmons has also posted a thorough critique by ESPN writer and GLADD board member Christina Kahrl, inviting further discussion on the website. Hannan's piece, Kahrl writes, is "a permanent exhibit of what not to do, and how not to treat a fellow human being."

And Simmons seems inclined to agree: "We're never taking the Dr. V piece down from Grantland partly because we want people to learn from our experience. We weren't educated, we failed to ask the right questions, we made mistakes, and we're going to learn from them."