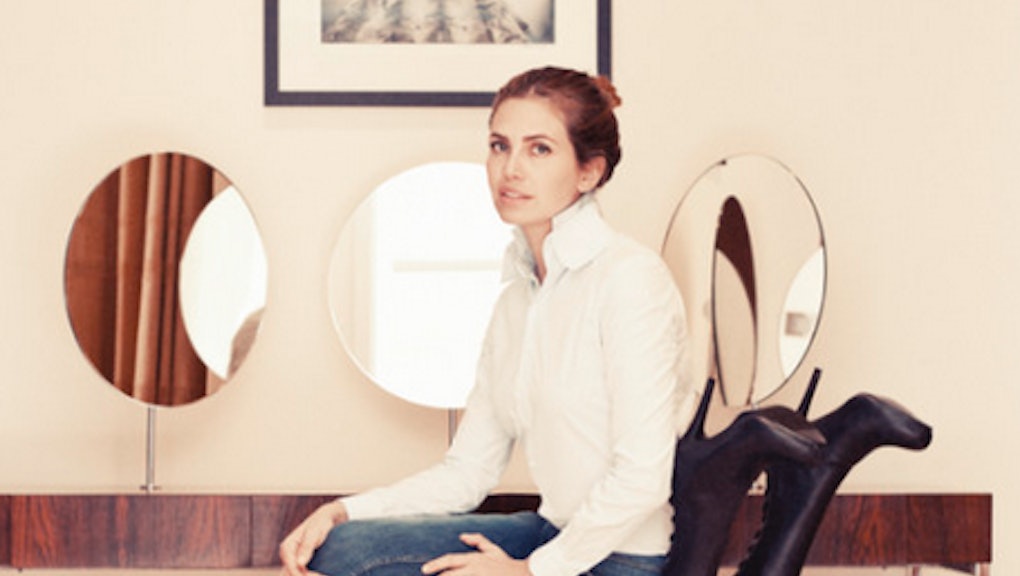 On Monday, while much of the U.S. remembered the work and message of Dr. Martin Luther King, Jr., a photo emerged of Russian socialite and Garage Magazine editor Dasha Zhukova sitting on a chair in the shape of a half-naked black woman.

The image appeared on fashion website Buro 24/7, accompanied by an interview with Zhukova. The chair, designed to look like a bound black woman, has naturally curly hair and is topless and in a pretzel-like position that for any human being would be insanely uncomfortable.

This is not art. Not even for a fashion magazine.

Claire Sulmers, editor of FashionBombDaily.com, was one of the first to notice the feature and call it out for what it is: "[W]hite dominance and superiority, articulated in a seemingly serene yet overtly degrading way."

This infiltration of "white dominance" is not new in fashion. Fashion has long been an industry in which racism often runs free under the guise of creativity, as is evidenced by the lack of diversity on runways, the lightening of skin for women of diverse backgrounds in fashion editorials and the cultural misappropriations presented by designers themselves.

"The art and fashion industries are the few bastions of society where blatant racism and ignorance are given the greenlight in the name of creativity," Sulmers wrote.

To be fair, the chair also comes in "white woman," and appears to be part of collection inspired by British pop artist Allen Jones' 1969 work. But the reasoning behind the editorial falls flat, especially after considering the fact that multiple spotlights have been aimed at the fashion industry in an attempt to make it change its standards and adopt a more diverse catalogue.

Zhukova issued an apology to those offended, saying, "This photograph, which has been published completely out of context, is of an art work intended specifically as a commentary on gender and racial politics. I utterly abhor racism, and would like to apologise to anyone who has been offended by this image."

For many, though, Zhukova's apology felt too similar to those from the rest of the fashion elite when racism gets scrutinized. For others, the apology was too little too late; the whole point of equality is to move away from the notion that human beings can be treated as objects and towards the notion that all human beings are, well, just that: human.

An earlier version of this article misidentified Dasha Zhukova as Miroslava Duma. Duma is the creator of Buro 24/7, which published the photograph and interview.