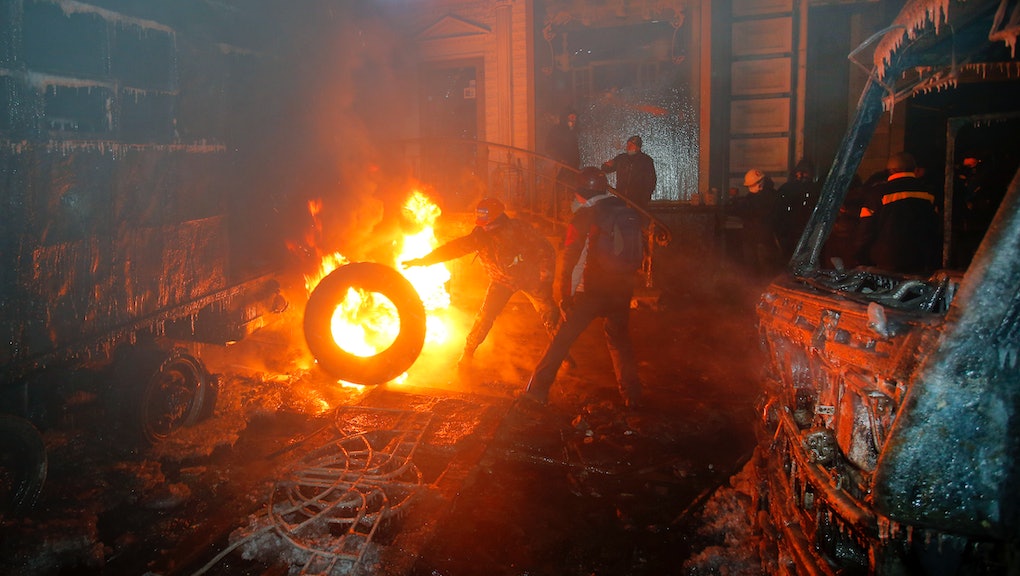 11 Insane Images of the Revolution Happening Right Now in Ukraine

Violent protests continued in Kiev on Monday, with some 100,000 people taking to the streets in Ukraine's capital over the country's new restrictions on protesting. Yes, that's right: new laws regulating protests have spurred large, violent protests.

Protesters say that the new laws enacted by President Viktor Yanukovych bring Ukraine into the dictatorial mold of Russia and North Korea, and away from Western influence.

These most recent protests have been well documented. There are some truly stunning photos coming out, and Reddit has put together a running list of video footage of the protests. You can watch a live stream of the protests here, and check out these videos and photos of the action taking place in Kiev's Independence Square:

5. Makeshift explosives are seeing widespread use

6. An old woman walks in front of police lines

7. Police try to break up the protesters' ranks

10. Priests pray between the police lines and anti-government protesters