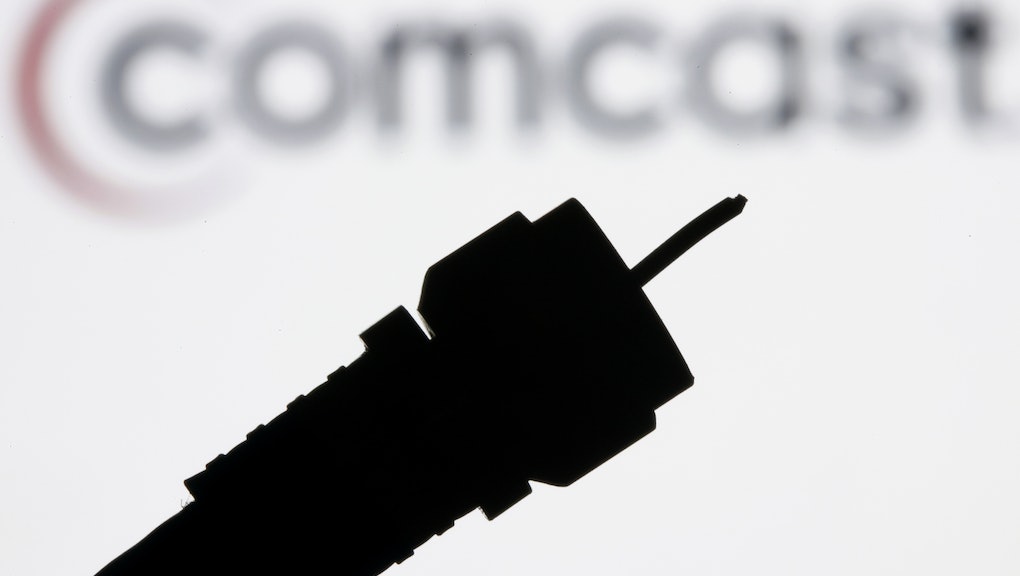 Remember That Epic Court Ruling That Killed Net Neutrality? Well, Almost Everyone Got it Wrong

By now, you've probably read about last Tuesday’s D.C. District Court ruling striking down net neutrality as being "the death of the internet."

In the wake of the decision on net neutrality — the F.C.C.’s rules that prohibited Internet service providers (ISPs) from blocking or prioritizing Web traffic — consumer advocates from all corners of the Web are warning that higher costs to content providers could be passed on to the public now that broadband providers can discriminate what travels across their networks.

Many have called the ruling a serious blow to the concept of a free and open Internet, but alarmists’ hyperventilating aside, the net neutrality defeat is not as scary as it seems.

A key point lost in the dash to proclaim the death of the Internet is that the F.C.C.’s rules weren’t thrown out wholesale. Simultaneous with its ruling, the court also held that the F.C.C. has the authority to protect “edge providers” — websites, services, and uploaders — against mistreatment by broadband Internet service providers. This means small businesses and startups in a post-net neutrality world will still receive the protection they need to continue to innovate and succeed.

The decision is not a reason to despair, and the worst-case scenarios — consumers gouged and commercialization of the Web triumphant — are overblown. Rather, the ruling is what Marvin Ammori referred to colorfully in Slate as “a live grenade in [the F.C.C.’s] lap,” and that’s a good thing. It forces the Commission to go back to square one and refocus industry-compromised decisions that led to this moment in the first place.

As Cardozo law professor Susan Crawford mentioned in a New York Times op-ed last Friday, “This is a moment of opportunity. The court didn’t make its decision because it was opposed to net neutrality, but because the F.C.C. had painted itself into a regulatory corner, having developed a convoluted set of rules regarding Internet access over the last decade.” In essence, it’s a fresh start for the agency — long-bruised by partisan political battles and bound by a series of deals with industry — to correct its mistakes that for far too long have compromised its authority over this crucial infrastructure.

Average Internet users will probably not see an immediate difference with their service, and since the ruling establishes that the F.C.C. cannot subject companies that provide Internet service to the same type of regulation that the agency imposes on phone companies, it may actually give the F.C.C. some breathing room as the agency re-thinks its regulatory policy going forward.

As others have noted, the ruling may actually have been a victory for the methodical rule-making process conducted by former F.C.C. Chairman Julius Genachowski, especially since the court said that the F.C.C. overstepped the bounds it wrote in its 2002 and 2010 orders to compel broadband companies to provide access to all types of content, regardless of its nature. Last Tuesday’s ruling finally allows the F.C.C. to step out of the logical bind it created over the last fifteen years — that it repudiated the need for “common carriage” rules and at the same time had the power to prevent discrimination by service providers.

Should Internet users be worried? Not really — the post-ruling landscape isn’t that much different than the status quo worldwide, and the nature of the Internet is such that users will find a way to circumvent barriers to get what they want when they want it. Plus, ISPs already have the freedom to gouge their customers — rate hikes are routine for broadband, and data caps are already the norm. What’s needed now is a new series of rules and protocols.

Only if the F.C.C. fails to seize the opportunity that federal judges have given it — a chance to get it right this time — will we actually see the doomsday scenario that Internet policy wonks have long predicted. Until then though, it’s up to the lawyers and policy-makers at the Commission to put the public’s interest first and craft a sensible set of solutions for protecting a fair, reliable and neutral communications infrastructure we all deserve.