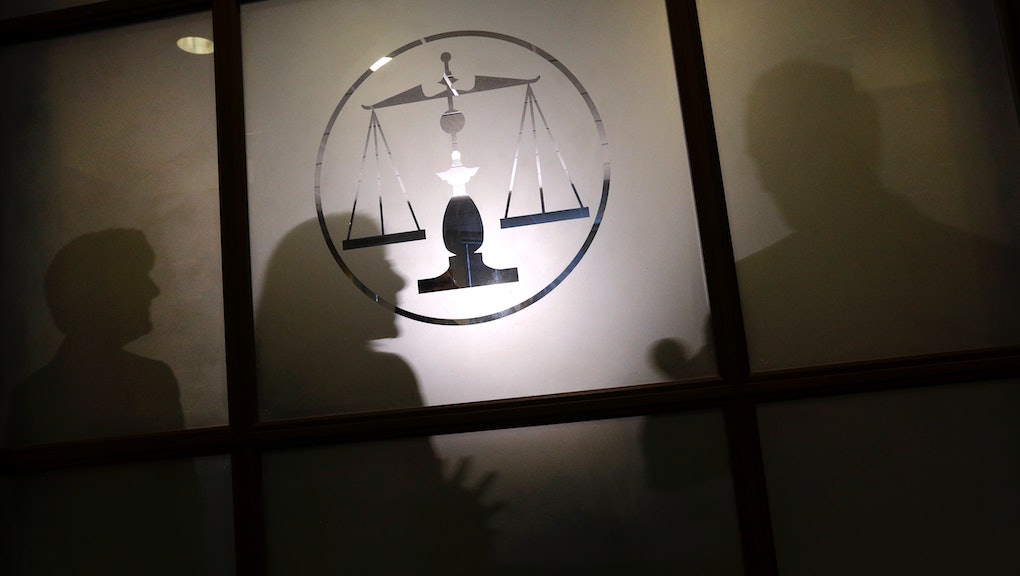 The country's parliament, the Knesset, passed a new law in January that criminalizes the posting of nude photos or videos of others without their consent. The Israeli legislation was sparked by an embarrassingly personal moment in the country. Some guy shared a sex tape of him and his girlfriend with tens of thousands of people on WhatsApp after the couple broke up.

The law passed unanimously, and those who violate it will be prosecuted as sexual offenders.

"We are witnessing more and more cases of sexual assaults that were filmed and distributed in public without restraint and without limits," said Yifat Kariv, the Israeli parliament member who introduced the bill. "This legislative intervention is necessary and will help fight the shocking phenomenon of virtual rape."

For states actively seeking to criminalize posting nude photos or videos of others without their consent, the fast pace of technology is a hindrance to the process as new apps like SnapChat, a Google Glass sex app, WhatsApp and many other services are being used, created or updated to share personal or private photos and videos. But this is perhaps all the more reason to take a bolder approach. Some advocates are pushing a federal law here in the U.S.

"It is clear to us that the pace of legislation always lags behind the technical and virtual reality in which we live," Kariv said. "This is a law that is a breakthrough both from the legislative standpoint and also from the normative and ethical standpoint. This is a great achievement for the victims of sex crimes."