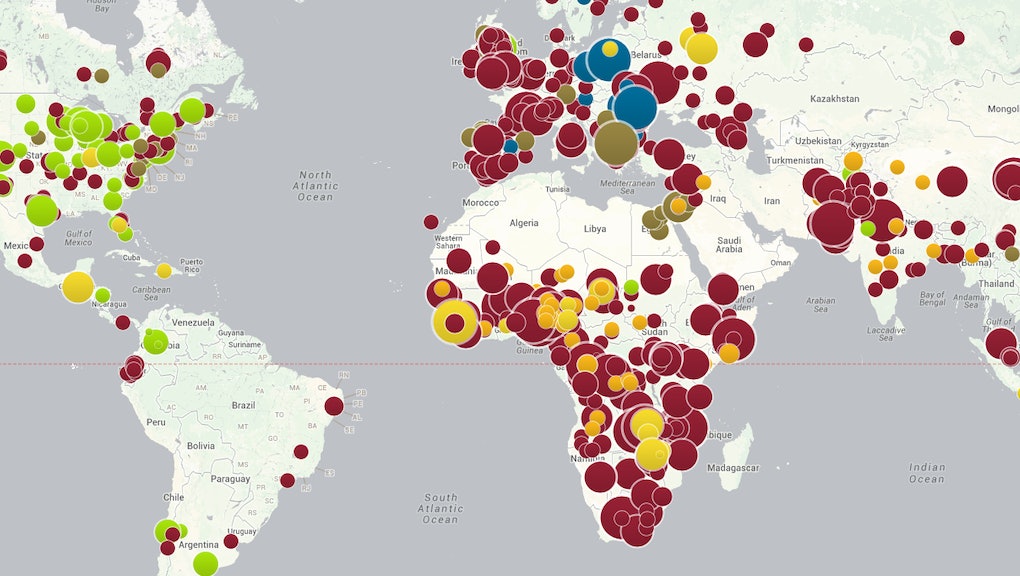 The news: This is the damage the anti-vaccination movement is doing worldwide.

Many of the outbreaks are occurring in less economically developed places around the globe; cholera hit west Africa especially hard, and measles ran rampant across the entire south and west of the continent and in Central Asia, parts of India, and the Philippines. More than 20,000 cases of measles were reported to health officials from 2008 to current day in India, Pakistan, Indonesia, and the Philippines alone.

But the United States was home to thousands of cases of pertussis, otherwise known as whooping cough; 7,000 cases of whooping cough were reported in Wisconsin, while California reported 10,000 — where 10 babies died of the disease in 2010 alone. In 2013, whooping cough cases grew 60%.

This is a condition that can make you cough so hard you vomit and crack your ribs. Meanwhile, "There is a vaccine for this disease. The vaccine makes you immune. When you are immune, you do not get whooping cough, and you do not transmit it to newborns who have yet to be vaccinated. That’s what a vaccine is."

So why aren't people getting vaccinated? Mostly, they are — the total number of cases in the U.S. has fallen since 2012, and the vaccine isn't 100% effective at preventing transmission.

But while outbreaks in less-developed countries are very much correlated with poor access to vaccines, outbreaks in the developed world seem to have "intrinsic links" to the anti-vaccine movement. The movement is widespread. It ranges from people toting discredited scientist Andrew Wakefield's research linking the MMR vaccine to autism to run-of-the-mill conspiracy whackos like NaturalNews.com's self-declared "Health Ranger," Mike Adams (also a Sandy Hook conspiracy theorist). The movement has also gotten dangerous support from misinformed celebrities such as The View's Jenny McCarthy.

The bottom line: Vaccines are one of the benefits of living in the modern world, but the anti-vaccine movement (as well as anti-vaccine laziness) threatens to make diseases doctors figured out how to exterminate half a century ago a public health disaster in the U.S. And it's entirely preventable.