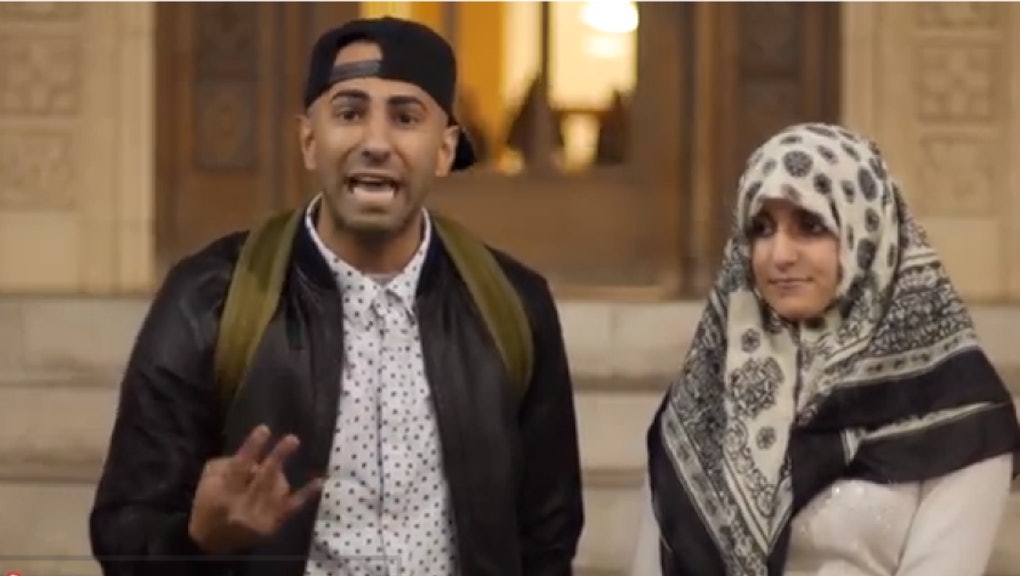 A simple social experiment set out to show how everyday people react in the face of overt discrimination against Muslims. It was designed to be pretty straightforward: Get an actor to yell insults at a woman wearing a veil, and observe what bystanders do.

But even Yousef Erakat, the man behind the experiment, didn't expect the response he got.

Student after student walks by as Erakat shouts racist insults toward the veiled woman. The video is just one small, powerful reminder that even in the year 2014, more than a decade since 9/11, Islamophobia is as potent as ever. As nations like Quebec and the United Kingdom renew their push towards legislation to ban religious symbols, attacks on Muslims have been on the rise. Moreover, women are often disproportionately targeted, especially if they are wearing clothing that people associate with Islam.

The video ends with a powerful quote that encapsulates the lesson of the experiment: "The only thing necessary for the triumph of evil is for good people to do nothing." Judging from the reactions from nearly every bystander in the video, that's exactly what happened.

A few bystanders, however, decided to stand up. Just like them, it's our responsibility to stop acts of hatred when they arise. No one should be discriminated against because of their religion, and women who wear religious symbols certainly shouldn't have to put up with this kind of abuse.

Were you surprised by the reactions of people in this video? Have you ever witnessed discrimination and done something about it? Let me know on Twitter and Facebook.