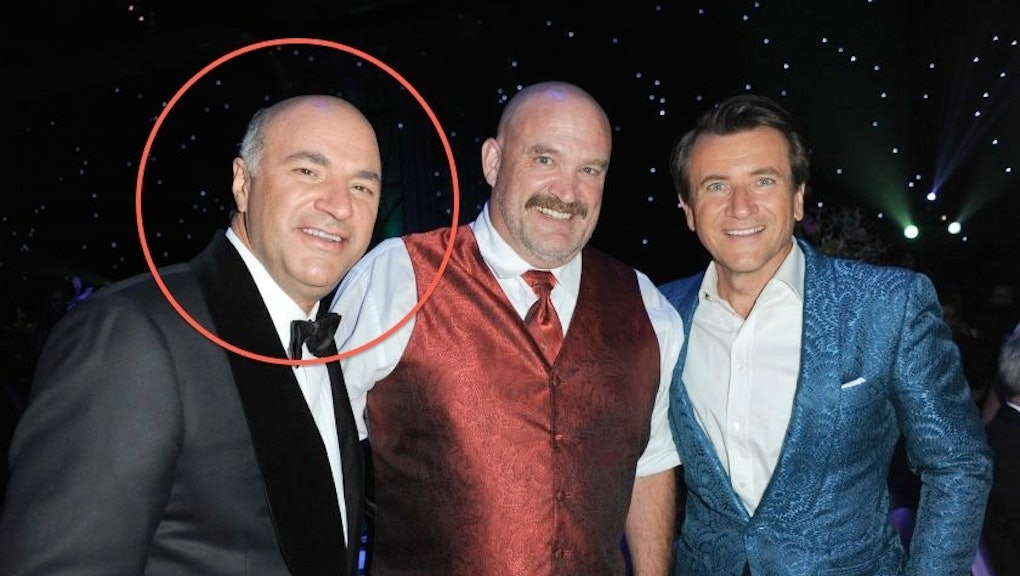 Here's how you know you're completely out of touch with reality: You go on a television talk show and when asked about global wealth disparity, you say it's "fantastic" news.

When O'Leary was informed of a recently-released statistic revealing that the combined wealth of the 85 richest people equals that of 3.5 billion of the poorest people, he celebrated the news, leaving anchor Amanda Lang shocked and silent. She eventually was able to respond with a "really?"

"[I]t inspires everybody, gets them motivation to look up to the 1% and say, 'I want to become one of those people, I’m going to fight hard to get up to the top,'" said O'Leary. "This is fantastic news and of course I applaud it. What can be wrong with this?"

According to O'Leary, someone who's living on a dollar a day is going to get up in the morning and have all the motivation in the world to become the next Bill Gates. Sure, the rest of us are still in shock by his comments, but this incident proves it's too easy to become rich enough to completely lose touch with the other half. You know, the people who live on less than $2.50 a day often without water, food or shelter. Surely the last thing these people are thinking about is becoming part of the next 1%.

Get ready to shake your head while watching O'Leary's interview: