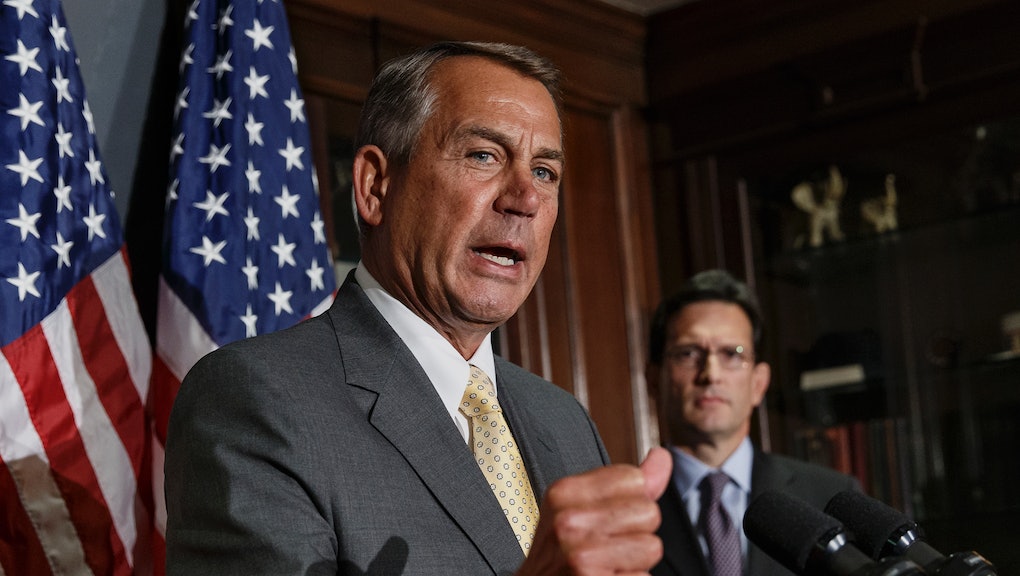 Feminists Should Have Never Called it the "Rape Audit" Bill. It's Much Worse Than That.

On Jan. 15, the House Judiciary Committee passed HR7, a sweeping ban on abortion coverage. The airwaves were filled with talk of "the rape audit bill" that would require a woman, pregnant as the result of rape, to recount her experience to an IRS official.

On Jan. 28, this bill, the No Taxpayer Funding for Abortion Act, will be before the full House for a vote, without the provision that would require IRS audits. While the characterization of the bill's effects was true, the headlines always masked a much darker reality about what this law would really do.

It would make the Hyde Amendment, which bans coverage for abortion for women on Medicaid, permanent and pervasive. It would lead to the end of insurance coverage for abortion in public and private plans. It would force more and more women to pay out of pocket for abortion care. And even worse, this would all land particularly hard on the backs of women of color and any woman struggling to make ends meet, many of whom already face formidable barriers in accessing the health care they need.

We know a lot about the terrible legacy of Hyde. It is a law that's intended to deprive low-income women of their ability to make their own decisions about abortion. This is not speculation — the law's author proudly crowed as much when he passed it nearly 40 years ago. Moreover, the effect of the law is plainly racist: Women of color are more likely to live in poverty, and more likely get their insurance from a public source, leaving Latinas and other underprivileged women with few options if they need to end a pregnancy.

The primary function of this bill appears to be to permanently strip low-income women of their reproductive decision-making power. And I find THAT pretty damn outrageous.

Here's another problem: Calling HR7 "the rape audit bill" may have grabbed headlines and stirred the passions of the pro-choice base, but it came with a cost. This bill isn't primarily about rape. It's about abortion. And whenever the need for safe, legal abortion for all women is justified only by the most extreme cases, we risk obscuring many women's experiences behind a poster child façade.

This "rape audit" frame, for a bill about abortion and poor women, also creates a convenient excuse for some feminists to avoid conversations about privilege, poverty and institutionalized racism — conversations which feminism is desperately in need of having (hello, #solidarityisforwhitewomen).

Defending women's reproductive autonomy is hard work, and our opposition is frequently strident, relentless, hyperbolic or even duplicitous. But while the heat of political scrutiny may tempt us to shield our views behind seemingly unassailable, sympathetic avatars like rape survivors, justice demands more of us.

I say all of this as a woman who has never needed an abortion, but who has experienced the trauma of sexual assault. And as a survivor, I start to worry when the discussion of rape becomes a political ploy for anyone — including those with whose politics I generally agree.

Justice demands that those of us who defend reproductive autonomy do so for all women, without placing the same judgments upon them as those who seek to deprive them of their rights. And while we're at it, justice demands that mainstream feminism stop avoiding conversations about racial and economic inequality, however uncomfortable or long-overdue those conversations may be.