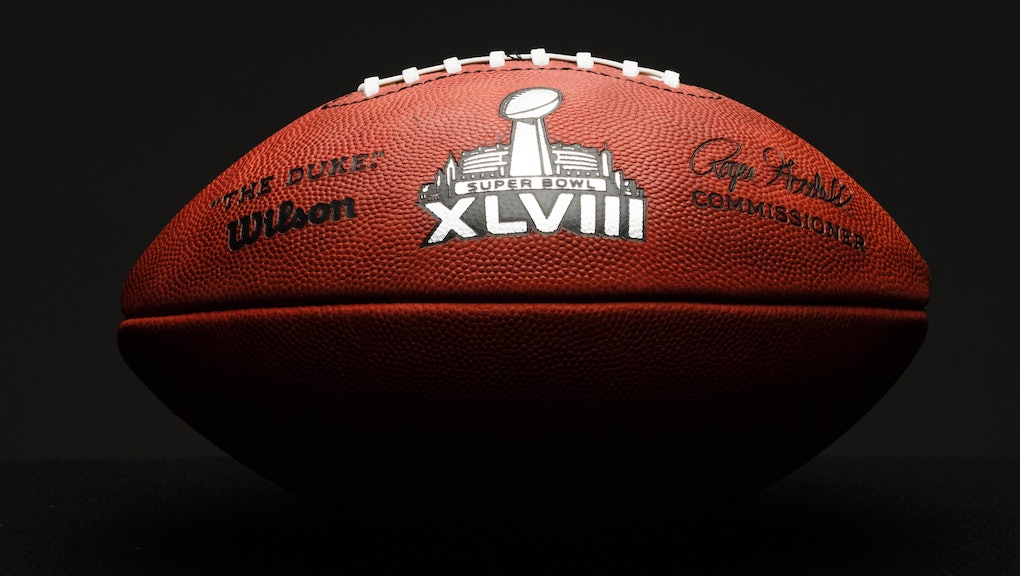 The NFL Pulls in $250+ Million Each Year. Guess How Much it Pays in Taxes?

On Sunday, February 2, over 80,000 people will gather in the $1.6 billion MetLife Stadium and over 100 million people will gather around their televisions at home in order to watch the Seattle Seahawks and Denver Broncos face off in Super Bowl XLVIII, the biggest annual charity event in the United States.

How, you might ask, can a $70 million event — one that entices advertisers to drop $4 million for a 30 second spot — be a charity event? Why, because the National Football League, an organization that pulls in millions in annual revenue, is a tax-exempt nonprofit.

That’s right: tax-exempt. That halftime show featuring Bruno Mars? That Times Square toboggan, and the swooping skycams, and the emergency snow clearing? Your billions of lost tax dollars at work.

The NFL wasn’t always a nonprofit; that didn’t happen until 1966, a full 46 years after the organization was founded. That’s when, after some clever lobbying, language specifically designating professional football organizations — not sports leagues in general, just professional football organizations — as nonprofits was slipped into a wholly unrelated bill and passed through both houses of Congress. Sen. Tom Coburn (R-Okla.) is currently attempting to revoke the NFL’s status, but is also slated to retire, leaving NFL Commissioner Roger Goodell, who takes home about $30 million a year, to laugh, laugh, laugh all the way to the bank.

You would be right to see a difference between the NFL and, say, the American Red Cross, or the Bill and Melinda Gates Foundation, or your local colleges, museums, and hospitals. For one thing, despite recent scandals about nonprofit executive compensation, the median salary for executive directors at charitable organizations was a mere $126,000 in 2011.

The vast majority of nonprofits, like the ones listed above, are 501(c)3 charitable organizations. However, the NFL, a multi-billion-dollar professional sports league, has a separate and less restrictive designation. It’s a 501(c)6, a status ordinarily reserved for business leagues and chambers of commerce. (It would be fair to ask why the designation exists at all, NFL or not.) As a 501(c)6, the NFL is able to participate in a wider range of political speech than a traditional charity, even if it sometimes demurs from doing so.

That’s not to say that the tax status doesn’t come with any restrictions. As a 501(c)6, the NFL isn’t supposed to engage in business “ordinarily carried on for profit.” Apparently, licensing exorbitantly priced apparel, granting broadcast rights, and running an entire television network don’t count as profitable endeavors.

Mind you, the NFL isn’t alone. While professional football has been granted a unique status in the tax code, the National Hockey League and Professional Golfers’ Association enjoy a similar status, as did Major League Baseball before it decided that it would rather keep its salaries private. And so, in addition to subsidizing stadiums, we’re stuck funding entire sports leagues.

Hopefully, Coburn will make some headway toward ending NFL welfare before the end of the year, when he’s set to step down. Until then, we’ll all be drinking beer and eating chips and yelling at the television, and paying dearly for the privilege. Go Seahawks, I guess.

Correction (1/28/14): An earlier version of this article misstated the NFL's annual revenue at $10 billion.