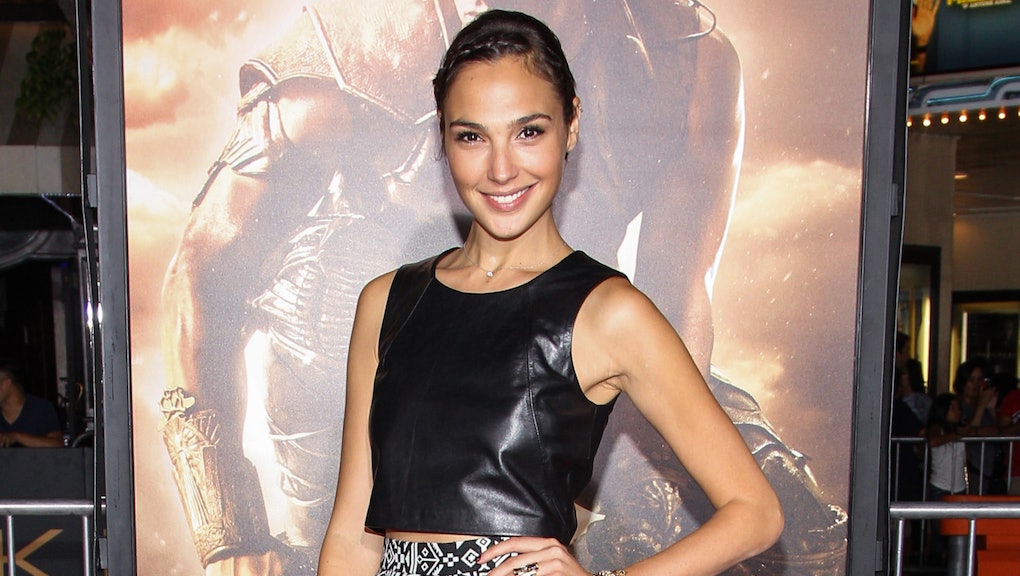 Rejoice! A Wonder Woman Movie Is in the Works

Great news, comics fans! After watching Hollywood churn out nearly 20 Batman and Superman movies over the years without ever giving Wonder Woman her due, it looks like DC Comics is trying to make things right: A stand-alone Wonder Woman film is finally in the works.

In December, it was announced that Israeli actress Gal Gadot would play a supporting role in the upcoming Batman vs. Superman film as Wonder Woman. On Thursday Variety reported that a three-picture deal with Warner Bros. will expand her role after this initial appearance. Gadot is expected to reprise her role in a stand-alone Wonder Woman film, as well as in a Justice League movie.

It would be difficult to overemphasize how overdue this move is. Not since the '70s TV series with Lynda Carter has there been a single live-action Wonder Woman; the character's incarnations have been limited to the Justice League cartoons and to an animated, straight-to-DVD movie.

Of course, male characters from DC Comics have not had such troubles. Both the Batman and Superman franchises have managed to churn out some real duds over the years (nipple Batman, anyone?), but the characters continue to be rebooted ad nauseam. Even lesser heroes like the Green Lantern have had their turn in the spotlight, with spectacularly awful results.

TV hasn't been very welcoming for female superheroes either. Both NBC and the CW announced new Wonder Woman shows and abandoned them in the initial stages. In the meantime, we got a CW show about the Green Arrow (which is already spinning off a new show based on the Flash), while a new Costantine series and a Commissioner James Gordon-prequel set in Gotham City are in development.

Still, we have to take what we can get. Gadot seems a fine choice for Wonder Woman — not only is The Fast and The Furious actress strikingly charismatic, but she, like all Israeli women, served for two years in the Israeli Defense Forces. She looks like she can kick some serious ass, and we're excited to see her steal the film from Ben Affleck and Henry Cavill.