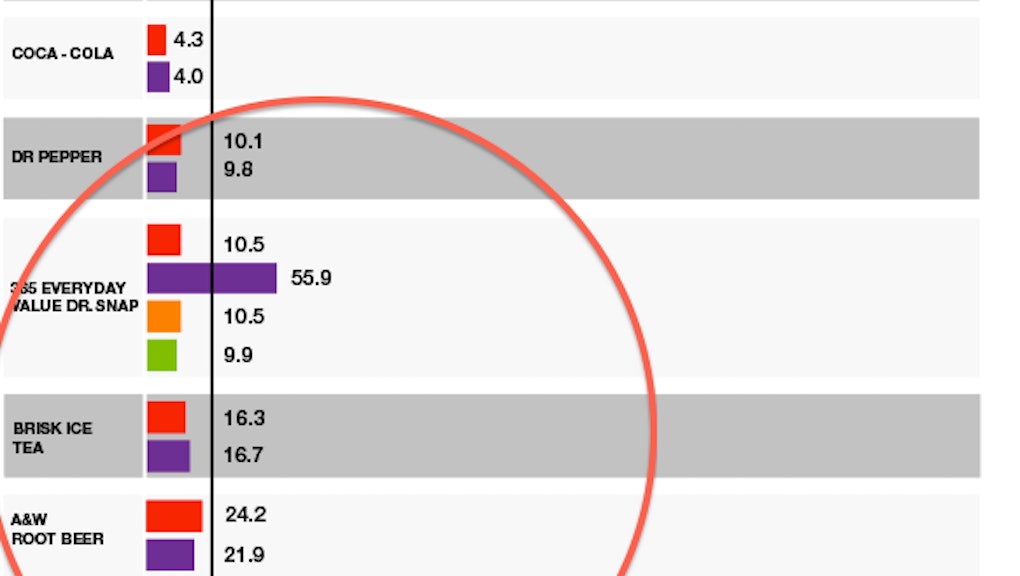 Does Cola Really Cause Cancer? The Answer Has Been Right in Front of Us Since 2007.

The news: Caramel color sounds harmless — maybe even pretty delicious, right? Everyone likes caramel. But it might not be.

A recent investigation by Consumer Reports found that many types of artificial caramel coloring, used in virtually every dark-colored soda, contain a potentially carcinogenic chemical called 4-methylimidazole (4-MeI). 4-MeI was found to cause cancer in mice in 2007 and was declared a potential carcinogen in 2011. Their experts tested 81 soda cans and bottles from various manufacturers from April to September 2013 in California and New York, and repeated the process with 29 new samples in December.

While there are no federal regulations on 4-MeI, in the state of California, any product containing more than 29 micrograms a can of the substance must carry a safety warning. And according to Consumer Reports' Dr. Urvashi Rangan, "the amount of 4-MeI in them should pose a negligible risk, which is defined as no more than one excess cancer case in one million people." That would be a cutoff level of three micrograms per can.

Ready for this? Here's what they discovered.

Pepsi, for what it's worth, claims that it doesn't need to carry a health label on its sodas because the average consumer only drinks 100 milliliters a day, or less than a third of a can. Or, as Gawker put it, "The Pepsi Corporation is confident that none of its Pepsi One consumers will get cancer from the poison in its delicious soda, because who drinks an entire can of Pepsi One? That would be disgusting."

Should you be worried? Maybe, if you're one of those people that drink soda like a fish. The nutritional value of cola (or rather, lack thereof) should have been enough to turn you off from drinking this much soda already.

Sugary drinks have been linked to endometrial cancer in women, prostate cancer in men, pancreatic cancer, and obviously, obesity, diabetes, and poor cardivascular health. Diet soda isn't much better. From Maps of World:

And other watchdog groups like the Center for Science in the Public Interest have decried the use of 4-MeI in beverages and want the FDA to ban it, though they admit that the greater health risk is probably from the massive amounts of obesity-causing high-fructose corn syrup found in most sodas.

The bottom line: What were you expecting when you decided to drink several cans a day of chemical-filled artificial sugar? Don't drink soda, or if you do, realize what you're doing to your health.