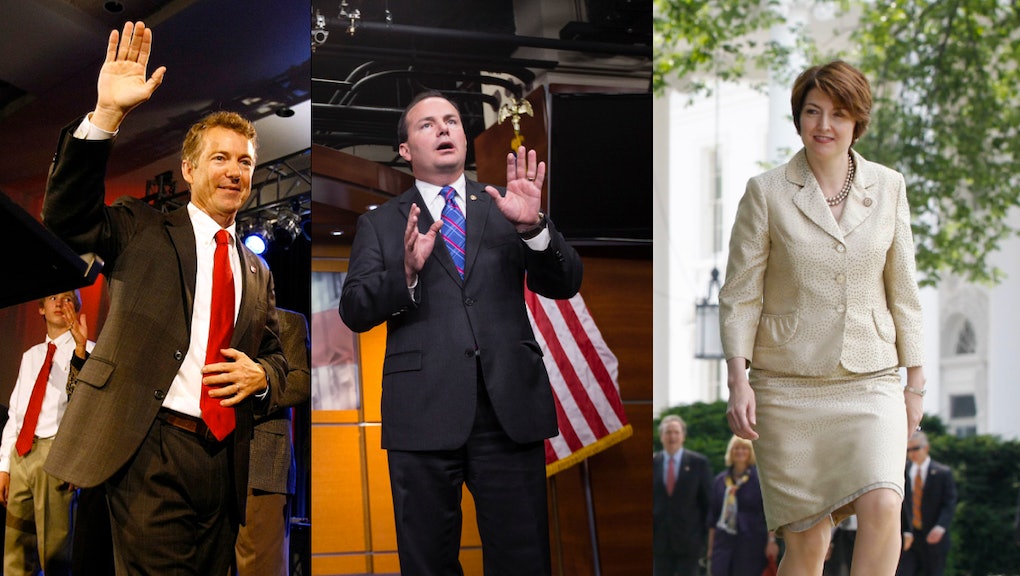 Apparently there will be three separate GOP responses to Obama's State of the Union address. The official GOP response will be given by Rep. Cathy McMorris Rodgers (R-WA). Senator Mike Lee (R-UT) will be delivering an official tea party response. Senator Rand Paul (R-KY) will be providing his own response as well.

Does that sound confusing to you? Well, I asked some friends. They don't work in politics. They are informed, but not addicted to the news cycle. They aren't registered with a Party. Here is some of what I heard back:

"Well, which one is the real Republican response?"

"So, if I were to vote Republican, which one of those views would I be voting for?"

"Sounds like there are three parties within the party. Or something. Is that right?"

"If they're all similar, why are there three? And if they're that different, how are they all 'Republicans' fighting for the same thing?"

Confusion. What I got back was confusion. And I'm not surprised. It's kind of like tossing a bunch of alternatives to Obamacare out there, all of which house different components. People will undoubtedly ask, "Well, which one is the Republican alternative?"

The media opines quite often about division within the GOP. Some complain about that media coverage. The truth is that the division is real. There is a split between big-government Republicans and libertarian-leaning Republicans. There is a policy battle between Republicans who are interested in actual spending cuts and those who want to sell decreases in future spending increases as cuts. You don't need to be a rocket scientist to see division when it comes to issues like the NSA and foreign policy. It is my guess that future divisions will emerge when it comes to things like marijuana legalization and gay marriage. And I think those divisions will be coming sooner rather than later.

I'm not calling for some manufactured homogeneity of thought within the Republican Party. Heck, I'm not even convinced that having three SOTU responses is a bad thing. If the division within the Party today is real, and it is, then why not have the responses reflect that? It's honest.

Reality is reality. So let's acknowledge it.