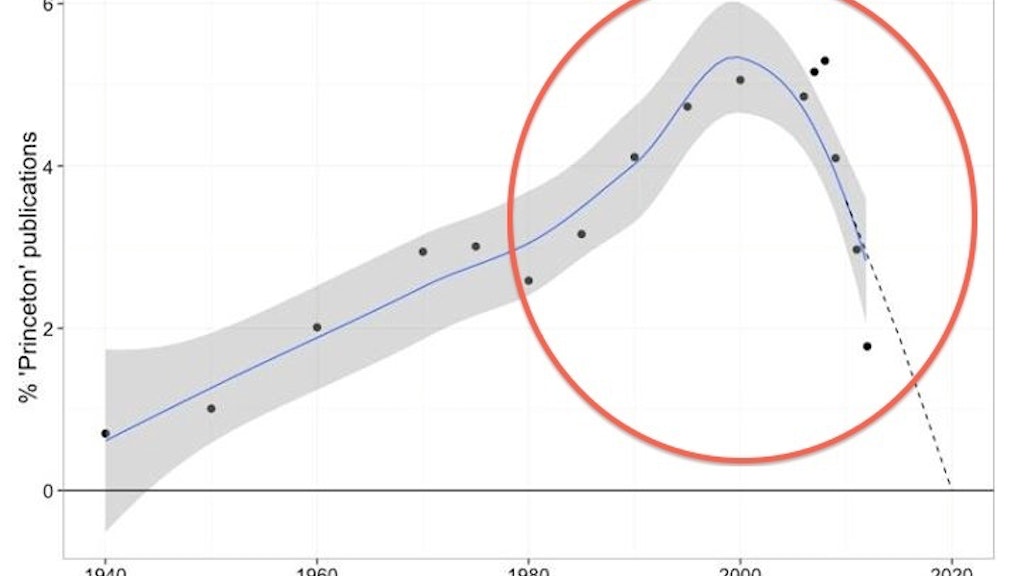 Researchers from Princeton University made some pretty dramatic claims about Facebook earlier this week, releasing a report that used a statistical model to claim that the social media giant will lose 80% of its active userbase between 2015 and 2017.

Using search queries and basing their model off of epidemiological models designed to track the spread of disease, the researchers compared Facebook to a badly wrecked social media site, MySpace. Here's the chart that sums up their argument:

Facebook wasn't very pleased with their conclusions, and they've hit back. Hard.

Their primary rejoinder was that instead of using actual engagement numbers that show Facebook is still growing in the number of core users (seen below), the researchers from Princeton actually just analyzed how many people Googled Facebook. Seeing as how most people get to Facebook directly or via their mobile apps, that's a poor way to measure whether or not Facebook is going to die.

So they came up with these five graphs "In keeping with the scientific principle 'correlation equals causation'" using a bastardized form of the researchers' methodology to claim that "Princeton may be in danger of disappearing entirely."

Looking at page likes on Facebook, they found the alarming trend that Princeton's proportion of total likes compared to Yale and Harvard has been flatlining:

Alarming for any Princetonian. And if they weren't panicked yet, perhaps this search showing the declining scholarly research output of Princeton will do the trick:

Yikes. But Facebook reassures us that as long as Princeton has students, it'll be just fine. Unfortunately enrollment is correlated an institution's Google Trends index:

And Princeton's has been declining for years!!!

Facebook concludes that by 2018, Princeton's enrollment will have halved, and by 2021, it will have no students at all. It will be a ghostly shell of its former past, with its empty halls stalked by the ghastly phantasms of legacies and sons of senators past.

But this disaster doesn't end with Princeton. Google found that applying the same trends to "air" resulted in the conclusion that by 2060, Earth will have no air. You will literally not be able to breathe.

Finally, in a jab at the original study:

"Although this research has not yet been peer-reviewed, every Like for this post counts as a peer review. Start reviewing!"

That's what we call a burn.