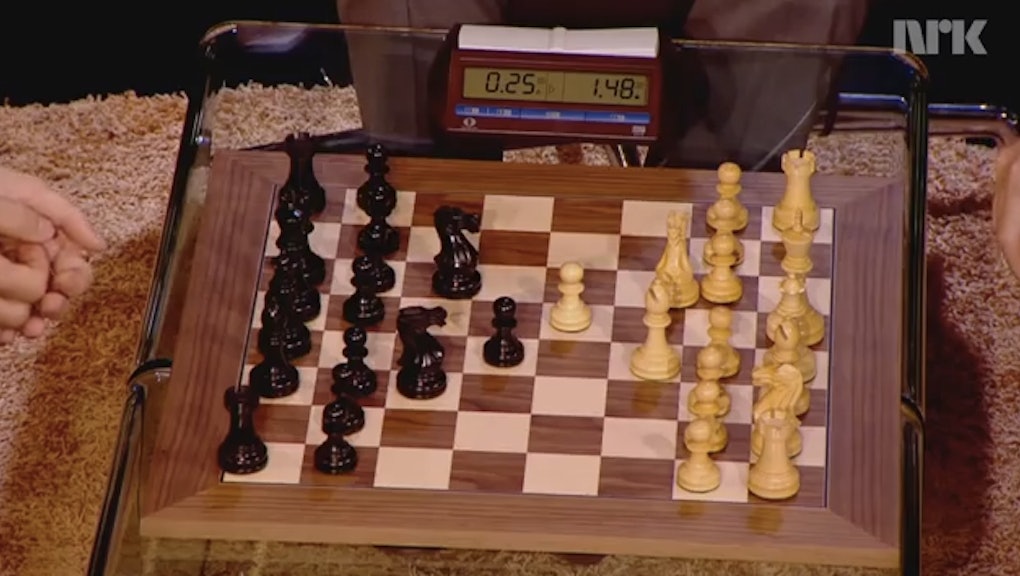 Bill Gates is the wealthiest man in the U.S. according to Forbes, and he's certainly one of the most well-respected — but that didn’t prevent him for getting bested at chess in under one and a half minutes by Magnus Carlsen, the No.1 ranked chess player in the world. Gates had two minutes to make a move, and Carlsen had 30 seconds. Check out the chess prodigy's swift victory:

The match was documented on Skavlan, a popular Norwegian-Swedish talk show. It took the 23-year-old Carlsen just nine moves to checkmate Gates, who admitted that the challenge had "a predetermined outcome" before play even began. In 2004, Carlsen became a grandmaster at age 13, making him the second youngest grandmaster in history at that time. When he was 19, he became the youngest chess player in history to be ranked No. 1 in the world. Carlsen told the New York Times, "The most important thing to study is opening theory, but I also study the latest trends to try to stay ahead, discovering new schemes and doing tactical exercises. I try to get into a chess mood."

In March 2013, Gates expressed desire to play with Phiona Mutesi, Uganda's 17-year-old chess superstas. She's earned the title of Woman Candidate Master (WCM) at just 16 years old. Chess has multiple benefits for the analytic business mind. Bob Rice, author of Three Moves Ahead: What Chess Can Teach You About Business

Gates was still no match for the formidable Carlson.