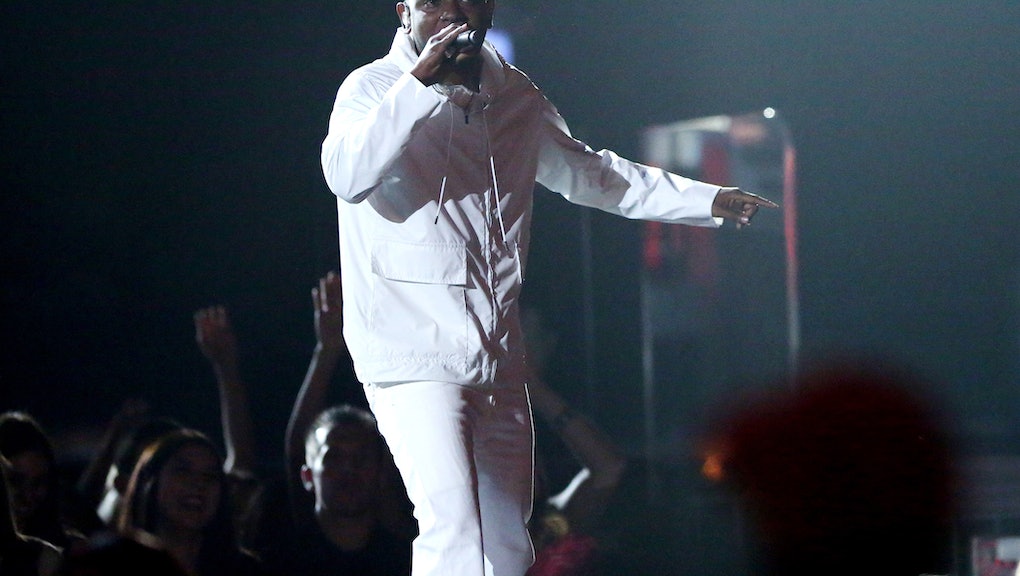 But while Macklemore rested on his laurels in his teal velvet suit, Kendrick Lamar was onstage in a white jumpsuit giving the most passionate performance of the entire evening.

Imagine Dragons backed him up, switching between their hit "Radioactive" and Lamar's vicious track "m.A.A.d City." After LL Cool J made some vague comment about how rap and rock are really the same thing (they aren't), the group took the stage. What ensued was one of the more raw, historic moments of any Grammys in recent memory. Though it's been an exceptionally good show, this performance is spreading across social media like wildfire.

Lamar's good kid, m.A.A.d city is one of the best records of the year — far better than The Heist. Rap isn't always best suited to live performance (even tonight, Jay-Z was pretty limp on his "Drunk in Love" verse), but Lamar's passionate delivery was almost ecstatic. By comparison, Imagine Dragons — by all accounts a pretty lively rock group — looked almost tired.

So even though Lamar didn't bring home any awards last night, he's more than proved himself. This is the performance of the night.