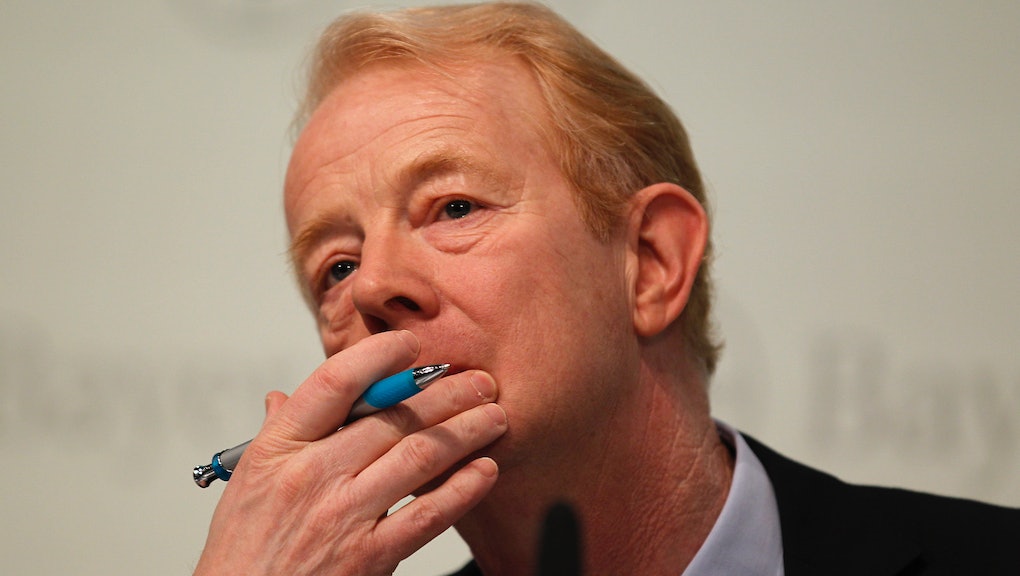 Big pharmaceutical companies constantly compete with one another to come up with the next "superstar" life-saving drug. But when the cure becomes a means of making money rather than a way to save lives, maybe they should refocus their mission statements.

This money-hungry thought process has proven true in Bayer CEO Marijn Dekkers' recent comment where he said that Bayer's new cancer-fighting drug Nexavar was not made for poor people. Specifically, poor people from India.

Dekkers quote is rooted in his anger towards the Indian pharmaceutical company Natco Pharma Ltd., which was granted a license to make a generic version of Nexaver. Nexaver treats late-stage kidney and liver cancer at a 97% reduced price. Instead of costing an estimated $69,000 for a year of medication, patients in India can now receive the same treatment for $177.

The court's decision was based on India's patent laws, which state that compulsory licenses can be awarded in the absence of a cheaper alternative to the original drug. Like many other countries with great wealth disparity, India needs cheap generic drugs to treat low-income residents.

Maybe Dekkers should consider that charging $69,000 for a drug that can be produced for $177 is "essentially theft."

"We did not develop this medicine for Indians," he said in an interview with Bloomberg Businessweek. "We developed it for western patients who can afford it."

If that statement wasn't shocking enough, representatives from Bayer told the India Supreme Court that the 60-something-thousand dollar price tag is "reasonably affordable," despite costing 41 times the country's annual per capita income.

When you take a look at the several-billion dollar profits that pharm companies can make when a drug takes off, maybe it'll be easier to understand why Dekkers is so upset that cancer-fighting patients can purchase another version for a discounted price. What no one will understand, however, is how Dekkers became so out of touch that he actually told a reporter that Bayer is only in it for the money.

Watch below to learn more about pharmaceutical companies fight against generic drugs.