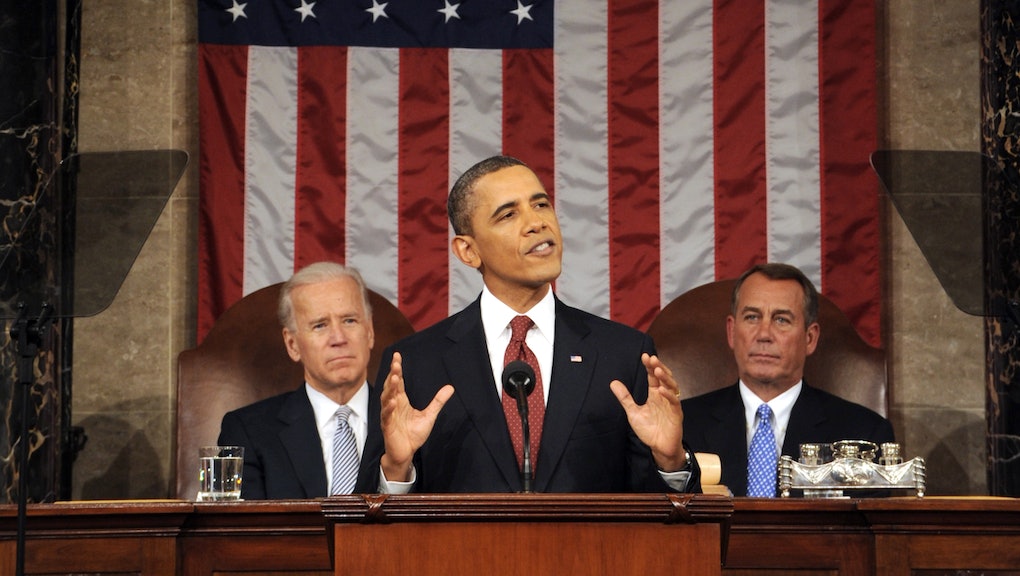 During tonight's State of the Union, President Obama will announce an executive order that will have an immediate impact on the lives of thousands of Americans: increasing the minimum wage for workers that do business with the federal government to $10.10 an hour.

Through his executive powers (which Obama is expected use more of during the remainder of his presidency), Obama will be pushing through a worker's raise that is long overdue. The order will require janitors, construction workers and others working for federal contractors to be paid at least $10.10 an hour, a $2.85 hourly increase from the current $7.25. It will be applied to all new or renewed contracts and ultimately could cover hundreds of thousands of Americans.

Not only is this a major victory (both symbolically and practically) for workers' rights, but the executive order would also put pressure on Congress to raise the minimum wage across the board, which would affect over 20 million people.

The wage increase has been on Obama's to-do list for several years and was highlighted at last year's State of the Union. However, the idea quickly lost steam on Capitol Hill where "opponents argued it would hurt business and stifle job creation." But this executive order is like a starting pistol for a renewed effort to address income inequality.

For almost the last 50 years, the minimum wage in America has provided for an untenable living situation, putting most families with minimum wage jobs well below the poverty line. In fact according to ConvergEx strategists, it takes about 34 minutes of minimum wage work to earn enough for a Big Mac in the U.S.

But not only has the minimum wage floundered in this past half century, it's been flying in the face of basic economics. Though some might argue that a competitive minimum wage is necessary for a corporation to remain competitive with its pricing and profitable for its shareholders, the graph below demonstrates that the minimum wage has been far below many other economic indicators that have demonstrated the growth of the U.S. economy. From this graph, it might even seem like we're too late to act, but it's better late than never.