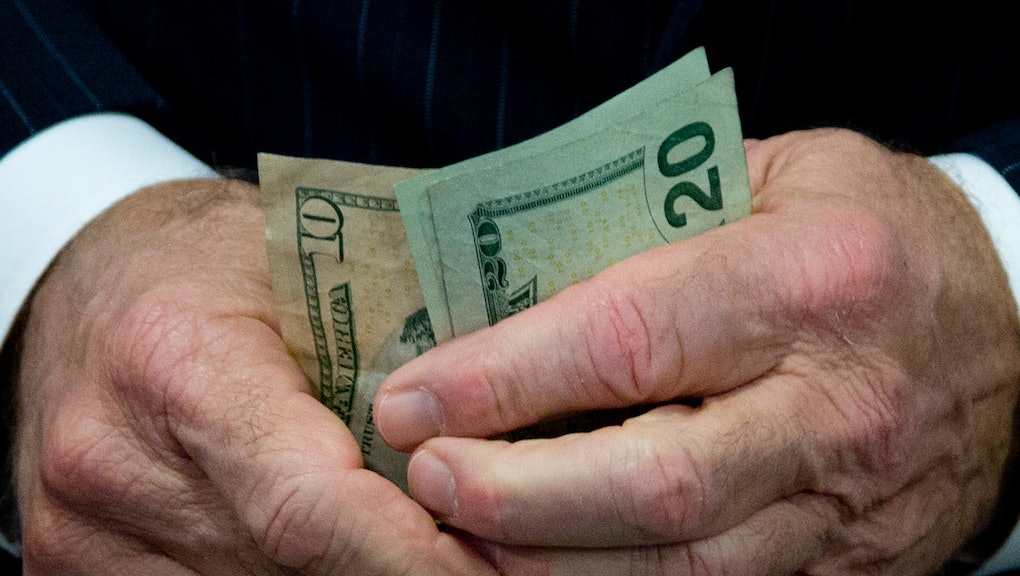 This is What 600 Economists Said About Raising the Minimum Wage to $10.10

That's what 600 economists now say about raising the federal minimum wage to $10.10, including seven Nobel laureates, attaching their name to a letter from the Economic Policy Institute asking lawmakers to reform wage laws.

It couldn't come at a more pertinent time. On Tuesday during the State of the Union, President Obama is widely expected to state that he will raise the minimum wage for future federal contractors to $10.10 an hour from $7.25 via an executive action. The raise would affect some two million federal employees, and show that the president is serious about backing a proposal stalled in Congress to raise the minimum wage for all employees to $10.10 over three years and then index it to inflation.

And Americans support it by huge margins.

A January Quinnipiac poll discovered that some 71% of American voters support raising the minimum wage. That includes 52% of Republicans.

As liberal economist Paul Krugman noted, perhaps the reality of class distinctions is beginning to sink in for many Americans as they see an economy recovery bypass so many of them and opportunities disappear across the board. A Pew survey found that Americans' perception of their class status is converging towards reality, with some 47% of Americans defining themselves as lower and lower-middle class:

Krugman thinks this is why economic inequality is now such a popular issue across the country.

"The whole politics of poverty since the 70s has rested on the popular belief that the poor are Those People, not like us hard-working real Americans ... [what that] means now is that conservatives claiming that character defects are the source of poverty, and that poverty programs are bad because they make life too easy, are now talking to an audience with large numbers of Not Those People who realize that they are among those who sometimes need help from the safety net."

And now going into the State of the Union, the president appears to have both the public and economists on his side. According to the EPI and the 600 economists, the "weight of evidence” shows that "increases in the minimum wage have had little or no negative effect on the employment of minimum-wage workers, even during times of weakness in the labor market."

The EPI claims an increase to $10.10 would see the federal minimum wage increase for some 17 million employees unless their positions were eliminated. An additional 11 million workers would benefit indirectly as wage ladders were adjusted.

The only problem? The Republican-dominated Congress will never, ever sign off on an increase in the minimum wage, meaning that the growing consensus between the public, the administration, and economics that the minimum wage should be increased is likely to be flat-out ignored. That's why in many places the battle is going to the states.