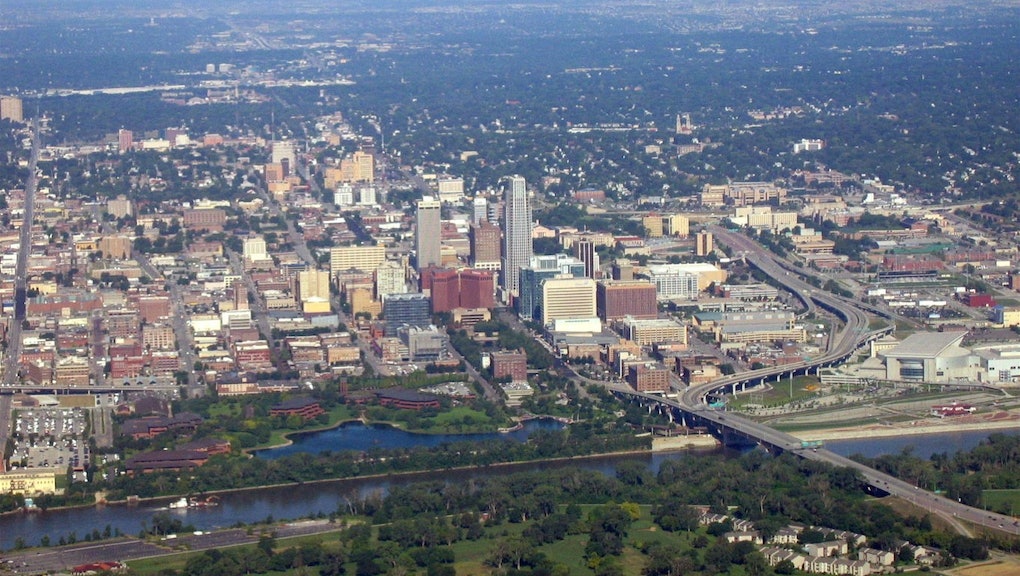 What is the Most Dangerous City to Live in If You're Black? The Answer Will Surprise You.

The most dangerous place to be black in America isn't Detroit, Chicago, or New Orleans. It's not even in the 40 largest cities in the country.

According to the Violence Policy Center, a Washington, D.C.-based research and advocacy center, it's Omaha, Nebraska. Thirty black people were murdered in Nebraska in 2011 (the latest year for which data is available), 27 of them in Omaha. That means the state had a black homicide rate of 34.4 per 100,000 people, or twice the national average.

Omaha (and most glaringly, its poor, minority neighborhoods in the north and northeastern districts) boasted more than half the state's homicides.

The state's black community fares much worse. A black person in Nebraska is nearly eight times as likely to be murdered as the average American.

"This is not an abstract concept," says VPC Executive Director Josh Sugarmann. "This is real people's lives."

The VPC's annual Black Homicide Victimization in the United States: An Analysis of 2011 Homicide Data report ranked states according to their black homicide victimization rates. Here are the 10 worst states to be black and not-murdered:

Some 82% of black-victim homicides in which the weapon could be identified (4,949 out of 6,022) were conducted with a gun; 77% (3,824) of those were handguns, and an additional 868 weren't distinguished by type of firearm. In Nebraska, 89% of murders were by handgun. In Nebraska black homicides where the relationship of the offender to the victim could be ascertained, 78% of the victims were killed by someone they knew.

The violence is predominantly concentrated in North Omaha, where 80% of the state's murders took place. The north and northeastern areas of the city are plagued by poverty, high unemployment (25%), gangs, and substandard housing.

According to North Omaha amateur historian Adam Fletcher, Omaha ranks first among U.S. cities for the total number of African-Americans who qualify as low-income and is second in the disparity between the wealth of blacks and whites. 35% of African-American students in Omaha do not graduate high school. He provides this map of the de facto segregation in the city:

Nebraska at large is still doing relatively well, with a below-average 3.6% unemployment rate, thanks to a solid agricultural economy and a regional energy boom. But that prosperity has totally skipped over the state's black population, especially in Omaha.

According to 50-year-old local resident Larry Davis: "It's Vietnam around this block. These young guys with these guns, they just don't have a value for life."

Nia Williams, who belongs to gang-intervention group Impact One, says the culture of violence in the neighborhood has changed for the worst. "We had gangs when I was growing up; it's the attitudes that have changed. Now, even when one of these kids loses a friend to a shooting, they don't even stop to grieve. Used to be, you'd go to a funeral, and kids would be wearing an RIP [Rest in Peace] pin. Now, they're wearing four or five RIP pins. That's what their legacy is."