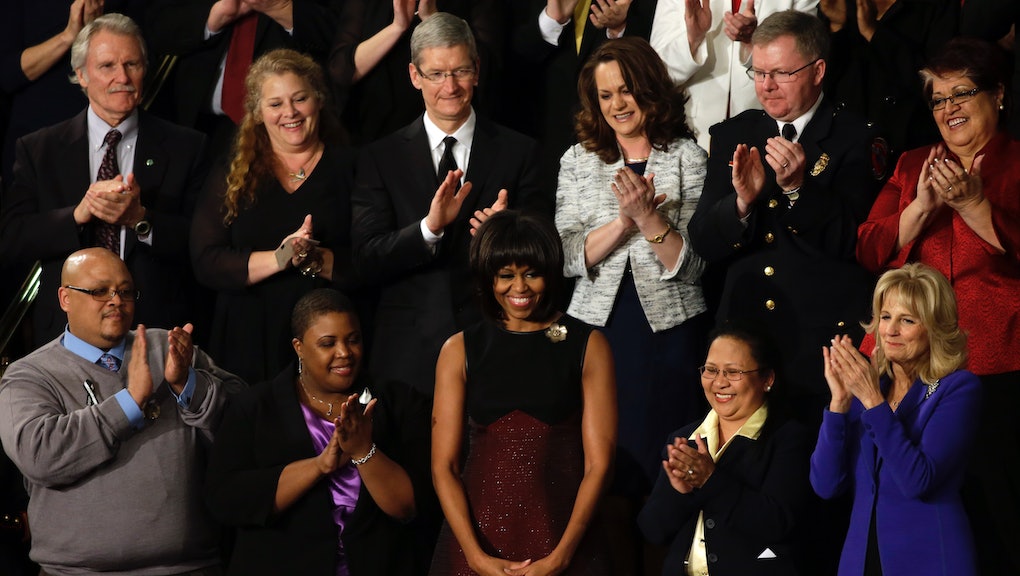 On Tuesday night, President Barack Obama will deliver his State of the Union (SOTU) speech to the nation. With a divided Congress, the president will have a lot to say about topics including income inequality, immigration and the Affordable Care Act.

During President Obama's hour-long address, the White House will open its doors to a few guests who will sit next to First Lady Michelle Obama.

But who are the ordinary people watching the SOTU and how did they become legitimate enough to get invited to the White House? To answer this question, we first must explain what "Skutniks" means.

It all started on Jan. 13, 1982 when an airplane crashed into the 14th Street Bridge in Washington, D.C. As rescue helicopters rushed to save passengers from the freezing cold Potomac River, one woman passenger was having a difficult time grabbing onto a ladder being lowered. At this time, a government employee name Lenny Skutnik stripped down and dove into the freezing water to save Priscilla Tirado.

For his act of heroism, Skutnik was invited to sit with President Ronald Reagan and First Lady Nancy a few weeks later at the SOTU. From then on, regular men and women who respresent the best Americans are invited to the SOTU by the president and are called "Skutniks."

This group has included an ecclecitc mix of people since 1982 ranging from the father of a Columbine High School shooting victim to Hermis Moutardier and Christina Jones, the two airline attendants who stopped a bomber on an American Airlines flight.

The "Skutniks" are typically hand-picked by the president and provide clues to the themes discussed during the SOTU speech. The "Skutniks" this year include:

Carlos Arredondo and Jeff Bauman, the cowboy-hat wearing hero and survivor of the Boston Marathon bombing.

Joey Hudy of Anthem, Ariz., who is Intel's youngest intern and impressed the president with his "extreme marshmallow cannon" science project.