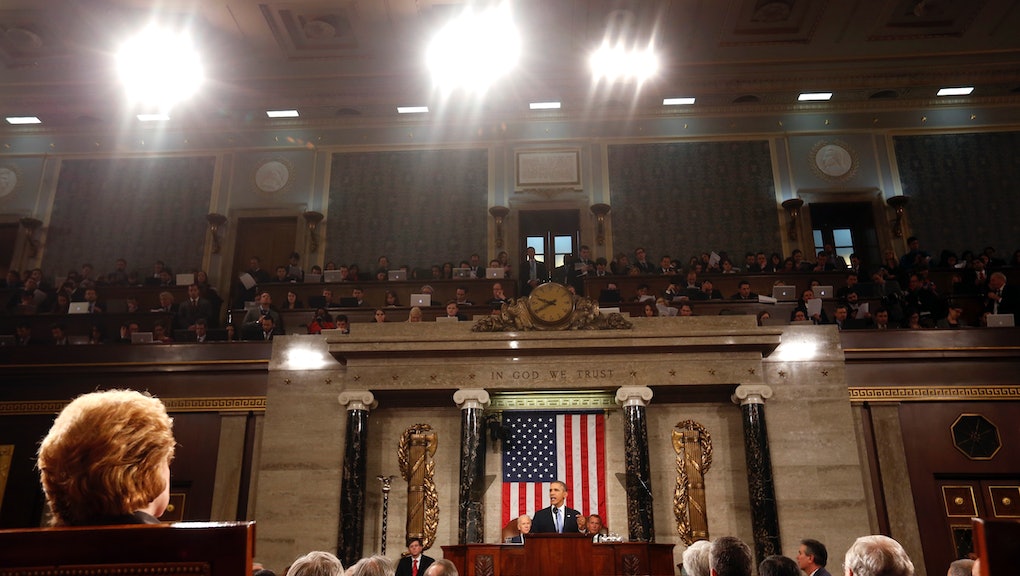 This Was Quite Simply the Quote Of the Night in Washington

Here's the line that got President Obama some of the most enthusiastic applause at Tuesday's State of the Union:

"Today, women make up about half our workforce. But they still make 77 cents for every dollar a man earns. That is wrong, and in 2014, it’s an embarrassment."

"A woman deserves equal pay for equal work. She deserves to have a baby without sacrificing her job. A mother deserves a day off to care for a sick child or sick parent without running into hardship – and you know what, a father does, too. It’s time to do away with workplace policies that belong in a “Mad Men” episode."

According to the 2012 U.S. Census, women earn just 77 cents for every dollar earned by men — and that gap hasn't closed since 2007. And it's not just because women are predominantly located in lower-paying careers. Men have greater starting salaries across the board, regardless of industry, which also tends to debunk the myth that women are paid less because they take more time off for family-related issues.

The president gave his support to a bill to increase the minimum wage to $10.10, a move that would benefit female workers more than men:

But some of the worst-offending professions are actually stereotypically well-paying ones. Turns out women get stiffed at the top of the ladder, too. Sarah Jane Glynn of the Center for American Progress lays out the 10 jobs with the biggest gender pay gaps:

The president is tackling the gender pay gap in other ways, too: