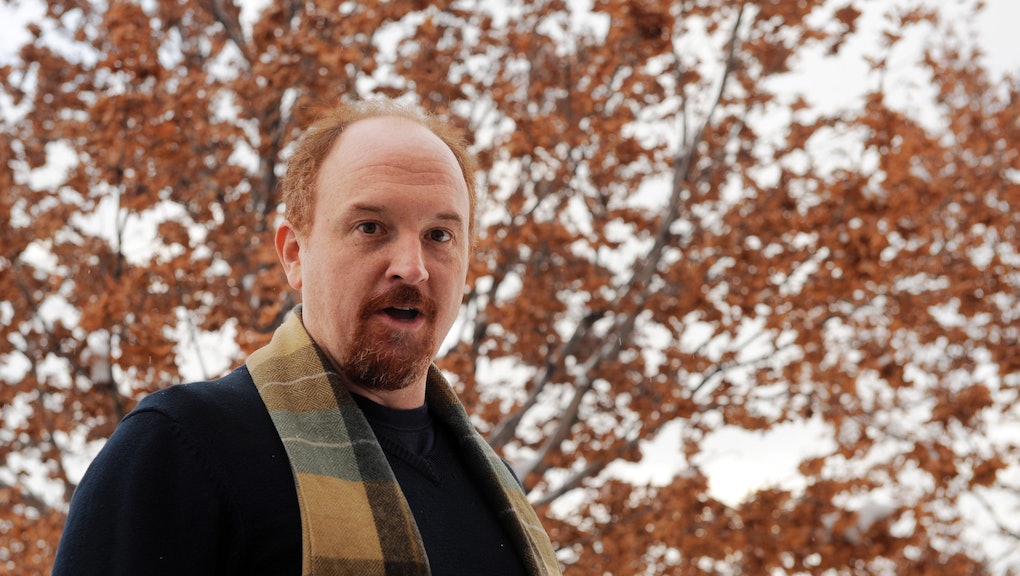 Louis C.K. Made a Movie With Conan O'Brien, Steve Carrel and Amy Poehler in 1998 and You Can Watch it Right Now

Before Louis C.K. became America's favorite auteur of twisted self-deprecation, he was just another comedian struggling to make ends meet. One of his early projects was a feature film he wrote, produced and directed in 1998, but was never able to get distributed.

Tomorrow Night, which features cameos by young Steve Carell, Amy Poehler, Wanda Sykes, J.B. Smoove and Conan O'Brien, is finally being made available for download on Wednesday — and it shows just how far C.K. has come over the years.

The trailer paints a bizarre, Lynchian landscape filled with strange characters and non-sensical dialogue. The film centers around a lonely, reserved man with a tangled web of relationships and an ice cream fetish:

In a letter to his subscribers, C.K. describes the film as a "labor of love" that taught him how to write and direct. "It's funny and it's well worth watching. That's what I think, anyway. It certainly isn't for everyone," he writes.

The low-budget, black-and-white film had financial troubles from the start. C.K. dipped into his own savings and borrowed money from his fellow comedians Chris Rock, Jon Stewart and Denis Leary to finance the production (Jerry Seinfeld turned him down). Eventually, he ran out of money and appeared on Late Night with Conan O'Brien to show some clips and to ask for investors to help finance the project.

Still, C.K. managed to finish the film, and it went on to screen at both Sundance and South by Southwest. It received mixed-to-positive reviews for the way it "grows steadily more hilarious as absurd situations are played out in a deliberately paced deadpan." But the film was never commercially released, until now.

While the film certainly doesn't have the production values that C.K. currently enjoys in his shows and comedy specials, it still maintains that quintessentially "Louis C.K." message of finding humanity and universality in the strangest, most surreal circumstances. C.K. is unafraid of baring it all for his art, and though he does not play the main character, the film bears his trademark hate-love exploration of self.

C.K. has certainly developed his filmmaking technique since then to share his art in a more accessible format. But while it may be fun to imagine how this film might look with C.K.'s current budget, high production values are not necessary to get a glimpse of C.K.'s twisted, brilliant mind.