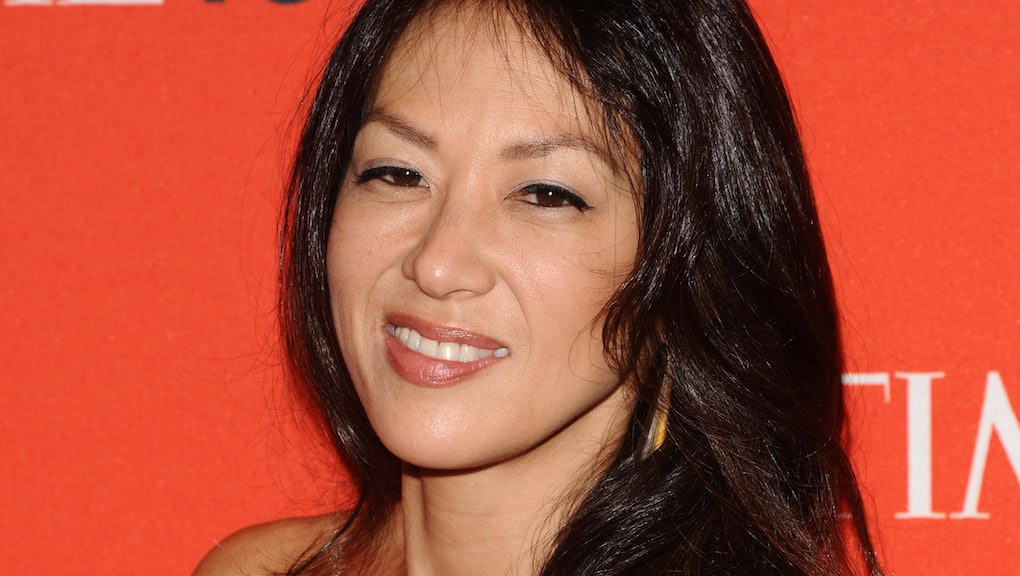 Famed Tiger Mom Amy Chua is at it again with her crazy antics in new book The Triple Package, co-written with her Jewish husband Jed Rubenfeld. In the book, the Chua-Rubenfelds say there are eight groups in America destined for greatness: Chinese, Jewish, Indian, Iranian, Lebanese-Americans, Nigerians, Cuban exiles and Mormons.

The authors say these groups share three key factors that lead to success: superiority, insecurity and impulse control, or the ability to delay instant gratification. The existence of these traits in the eight "superior" groups' cultures result in higher incomes, occupation status and test scores for the yoke-bearers.

Although Chua, a Yale law professor, is probably trying to "lean in" and speak her mind, her ignorance and mind-warping racist message is a real step back from how far Asian-Americans — or any minority group — have come. Here are two reason why:

First, she stereotypes the hell out of modern society. Want to know exactly how to keep people from attaining true success (you know, the kind where you're happy with your job and your life)? You tell them they were destined for failure or greatness. Chua may think that she's doing the world a favor by pinpointing racial (or cultural) groups, but her — and Rubenfeld's (let's not forget he co-wrote the book) — simple act of putting people into boxes is downright appalling.

The categorization of people into ethnic groups as markers for success not only obviously perpetuates prevalent and debilitating stereotypes, but neglects the importance of roles that structural and institutional boundaries play in access to tools for ultimate success.

While it's understandable to want to celebrate and embrace the value and cultural capital of our unique ethnicities, the "us" against "them" viewpoint encouraged by Chua’s work is not at all consistent with tried and true traits for success in the workplace.

Think about this way — in every situation in life, "fitting in" is going to get you farther than not fitting in to a culture. We're not talking about letting go of what makes you an individual here. We're just talking about learning about the people who surround you and getting along with them. For example, studies have shown that getting along with your colleagues or fitting into a new workplace culture will offer you more opportunities and, inevitably, promotions. If you do what Chua suggests, which is constantly reminding yourself that your group is different, you'll likely end up doing your success more harm than good.

Second, Chua doesn't even consider other important factors such as health implications and overall happiness in her map to success. What happens to the children of Tiger Moms and in the end, what happens to the Tiger Moms themselves when they realize that they're all alone after years of bestowing harsh criticisms upon others?

This lack of a happy and healthy lifestyle is exactly the reason why people burn out and can't handle the stress.

Whatever insecurities people have, Chua's message holds those insecurities in place. Maybe pushing your children to endure six-hour practice sessions on the piano and violin will make them learn how to play beautifully, but it won't make them happy. And at the end of the day, happiness and cultivating contentment is what will keep us going. Not misery.