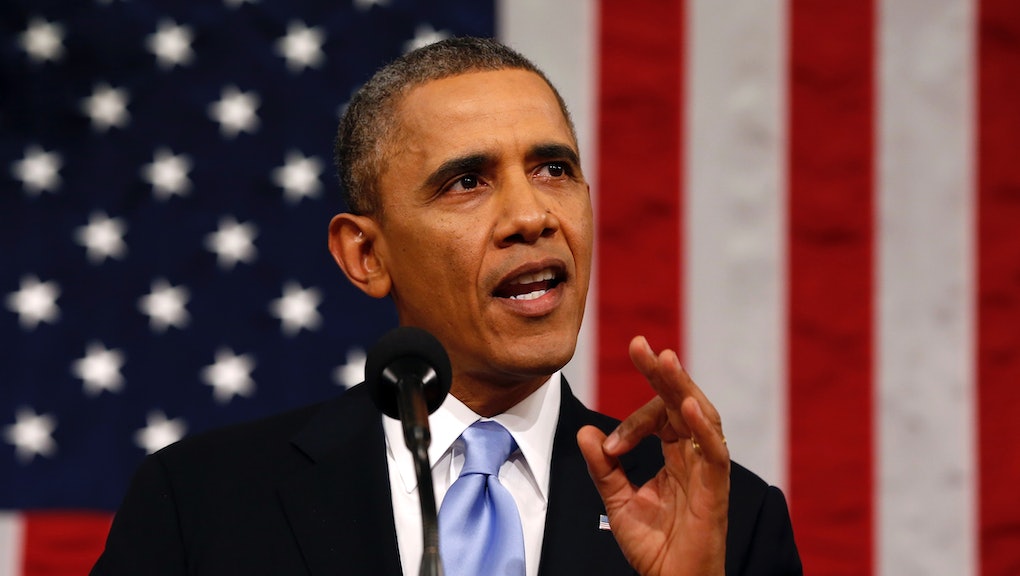 There is no denying that this year's State of the Union had a heavy emphasis on economic growth and the middle class, but President Obama used the language of equality and access thoughout the speech. He discussed the economic benefits of immigration reform without forgetting the importance of the American dream. Gender equality in the workplace was described as both economically and socially necessary for a modern America. Voting rights were aligned with citizenship, equality and liberty. The President referred to gun control as a fight over protecting the innocent. Most importantly though, the President repeatedly emphasized the inherent dignity of all people that needs to be equally recognized.

Obviously we would have loved more passion about minority rights and the tyranny of the majority, but our President did not let us down. Despite skipping over some of the more hot-button issues (ahem, reproductive rights?), Mr. Obama is still our liberal superhero armed with chicken soup for the social justice soul. He presented us with more than enough reasons to believe in the promise of the new year.

Here are the top moments where President Obama created hope for a better future:

1. "I believe that here in America, our success should depend not on accident of birth but the strength of our work ethic and the scope of our dreams."

2. "It is time to heed the call ... and fix our broken immigration system."

3. "This congress needs to restore the unemployment insurance you just let expire for 1.6 million people."

4. "It should be the power of our vote, not the size of our bank account, that drives our democracy. "

5. "I intend to keep trying, with or without congress, to help stop more tragedies from visiting Innocent Americans in our movie theaters, in our shopping malls, or schools like Sandy Hook."

6. "It is time to do away with workplace policies that belong in a "Mad Men" episode."

7. "We believe in the inherent dignity and equality of every human being, regardless of race or religion, creed or sexual orientation."

Equality is first, foremost and never to be forgotten.