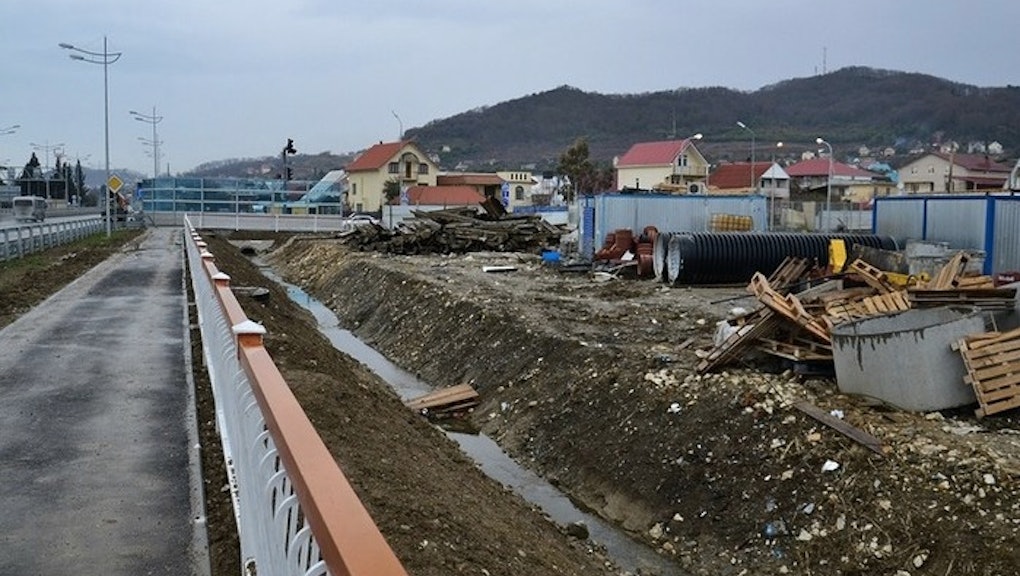 Sochi has been in the news a lot lately. Between its mayor declaring the city to be 100% heterosexual and the mounting concerns over terrorist threats, the upcoming Winter Olympics have not exactly been controversy-free.

While the Coastal Village, where the competing athletes will stay, and the tourist-friendly boardwalks look gleaming and neat, day-to-day life in Sochi brings a much different reality.

So what is life in Sochi is actually like? Amidst all the Internet chatter about security and gay rights, one Sochi man decided to take matters into his own hands and uploaded images of his town to Imgur and Reddit, including commentary. Here are a few examples:

Apparently this is a view of one of the main streets, near the Olympic Park, 15 days before the Olympics are scheduled to begin.

2. "Trying to cover the reality with fence."

This photo was taken near the main road.

4. "But there's special park for Putin."

Apparently it is closed to the public.

And watch out for those wires as well.

Apparently the green powder is a fertilizer mix.