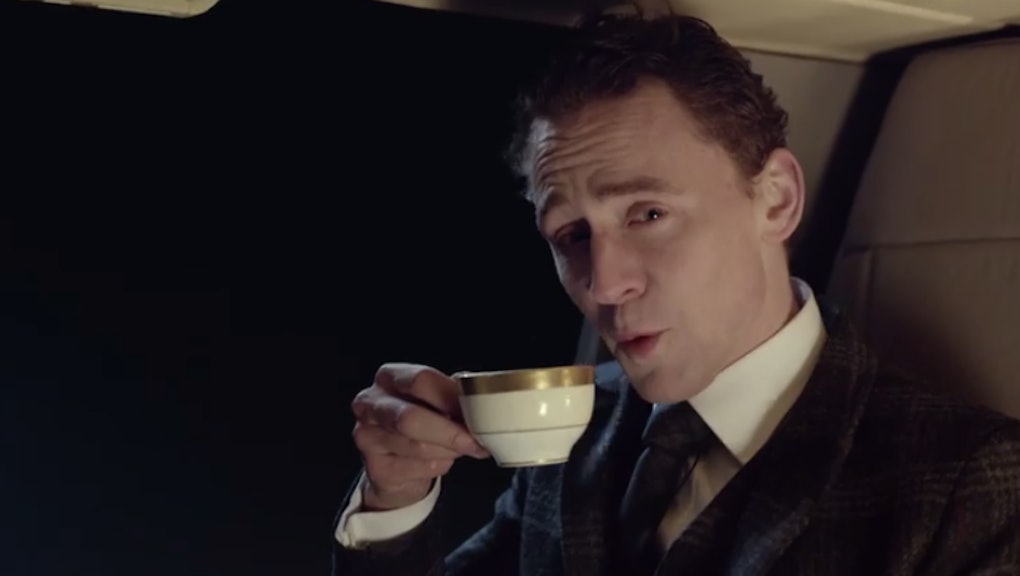 "Have you ever noticed how in Hollywood movies all the bad guys are played by Brits?"

Well, Jaguar sure has, and in the brand's 2014 Super Bowl commercial (which premiered online days before the big game) Ben Kingsley, Mark Strong and Tom Hiddleston, three of Hollywood's most infamous British bad guys, theorize why this might be. Kingsley plays baddies in movies like Iron Man 3, Sexy Beast and Blood Rayne. Strong is a recognized bad guy from Sherlock Holmes and Tinker Tailor Soldier Spy. And of course, the e-famous Hiddleston has won people over in movies like The Avengers and Thor.

As the three actors meet in an undisclosed lair, the question remains unanswered: Seriously, why are so many bad guys in Hollywood British?

The answer, while speculative, may have something to do with preconceived, long-standing associations that Americans have with the British accent. For one thing, British accents conjure up ideas of intelligence and stature for those in the U.S.

American movies also have long used foreign accents to portray villains, and these casting choices may have been politically motivated. During the first half of the century, for example, bad guys often had German accents. During the Cold War, there were lots of Russian bad guys. Though there are no particular strains between the U.S. and the UK at the moment, history probably plays an important role in casting a British accent as villainous.