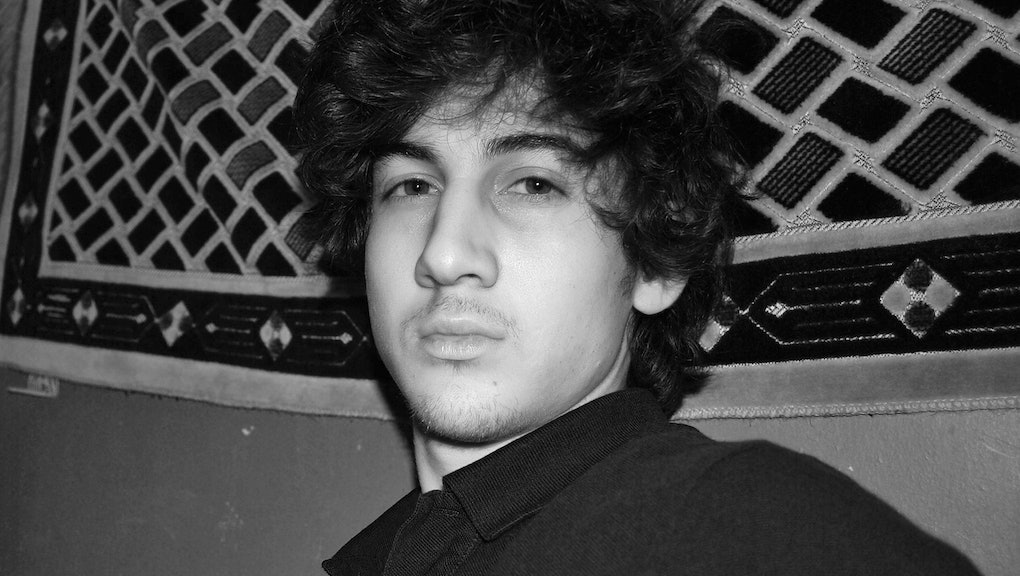 Here's How Dzhokhar Tsarnaev Could Dodge the Death Penalty

The news: When the bombs went off near the finish line of the Boston Marathon on April 15, three people died and 260 were injured. The pressure-cooker bombs, filled with shrapnel and ball bearings, took limbs, lives, and Americans' fragile sense of security.

The perpetrators then murdered an MIT police officer, carjacked a civilian, and attempted to bomb, shoot, and kill police officers pursuing them, before one was killed and the other cornered in a boat where he justified his crime in a screed written on its wall.

Almost no one disputes that then-19-year-old Dzhokhar Tsarnaev and his deceased older brother Tamerlan were behind the bombings, and the prosecution is looking at an extraordinarily strong case and 30 federal indictments. On the strength of that evidence, which prosecutors will argue implicates beyond the shadow of a doubt the surviving Tsarnaev in murder, premeditated planning, and betrayal of the United States, the Department of Justice and U.S. Attorney General Eric Holder have now announced that they will seek the death penalty for the bomber.

Tsarnaev's lawyers, however, are "damn good." On Dec. 16, they petitioned a federal judge for more time (until the end of February) to seek a change of venue, no doubt seeking to have him tried where he will be less likely to be sentenced to death. But prosecutors are determined, and the resulting court battle will be ugly.

What are his odds? One way or the other, Tsarnaev is going to die in federal prison. The only question is whether it will be in jail or on a lethal injection table. According to a Boston Globe poll, 57% of Massachusetts residents prefer the former option, while just 33% want him to be executed. Many of his victims have avoided comment, saying they would prefer to move on with their lives. His mother says she feels "nothing."

Since 1988, when the federal government's ability to seek the death penalty was reinstated, juries have been able to choose the sentence for 282 defendants. They have chosen death only 73 times, or 34% of cases. Just three have been executed, including Oklahoma City bomber Timothy McVeigh.

Tsarnaev stands a good chance of being one of the 34%. Depending on the choice of trial location, his jurors might not unanimously agree to sentence him to death based on various mitigating factors — including a defense that is sure to argue that his older brother, who dominated him ideologically and physically, coerced him into committing the crime. And there's still the slim possibility of a plea bargain that would let the state avoid the cost and media circus of a trial, with life in prison rather than death the only possible offer.

Furthermore, executive director Richard Dieter of the Death Penalty Information Center says that the attorney general's decision "by no means guarantees that [the Boston case] will go to trial with the death penalty still a possibility."

But former prosecutor Walter Prince says "If not this case, when? I don't think there's going to be a change whatsoever."

The bottom line: Tsarnaev will almost certainly be found guilty, and he will die in prison for his crimes. But it's very likely that it won't be at the hands of the state.