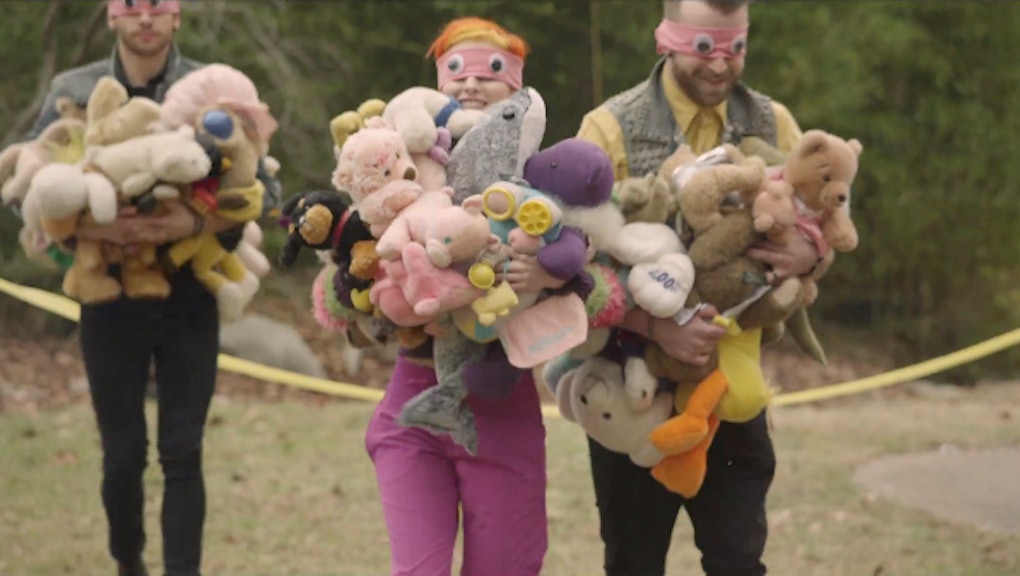 After much hype and speculation, Paramore released the music video for its single "Ain't It Fun" on Wednesday — and it was well worth the wait. Working with the company RecordSetter, the band set out to break the most world records in a music video. They succeeded in breaking a whopping 10 rather odd, specific records.

Watch the fun, infectious video below:

Here's a rundown of all the records that the band breaks:

3. Most vinyl records broken in one minute — 58

6. Most cartwheels in 20 seconds while wearing boots — 7

7. Fastest time to run backwards for 30 feat while holding stuffed animals and wearing a blindfold — 6.14 seconds

9. Longest scream while riding in a convertible — 8.48 seconds

And of course, there is the most important world record of all:

Because of the fun nature of the record-setting tasks and the upbeat styling of the song, it's easy to miss how somber the lyrics actually are: "Ain't it fun living in the real world / Ain't it good being all alone / Ain't it good to be on your own / Ain't it fun you can't count on no one," sings Hayley Williams. The song is ultimately about recognizing your own failings and coming to terms with them — and smashing some world records is a good way of doing that.

"Ain't It Fun" is the fourth single from the band's self-titled album. Paramore has also set up a page on the RecordSetter website where you can go and challenge their records. Perhaps you can try to break the most records in a black-and-white short film? How about in a Pilates workout video?