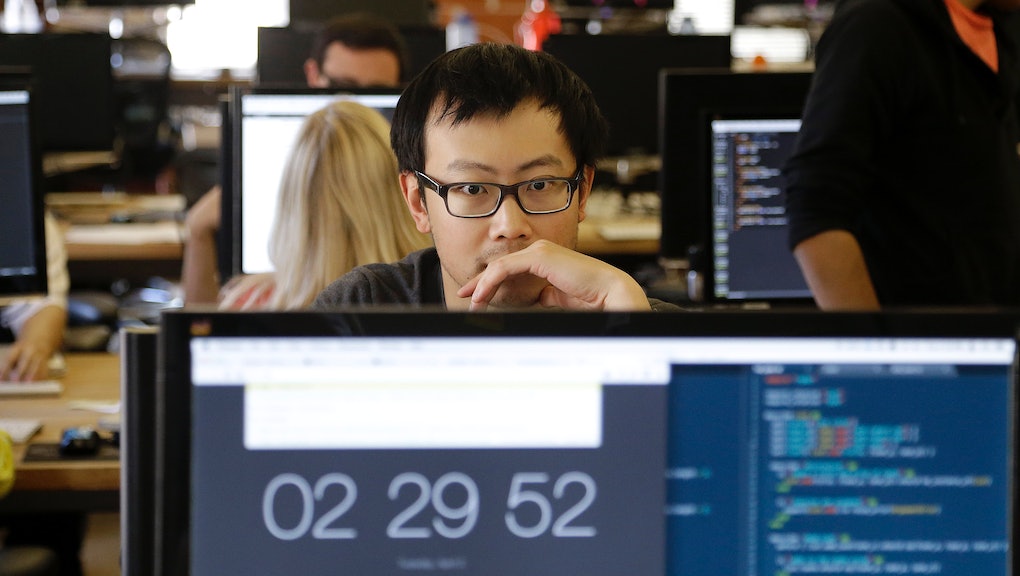 Hacker bootcamps are all the rage in Silicon Valley, where the young and motivated take crash courses for 12-16 hours per day in computer programming with the hopes of one day reaping millions.

But such courses have come under fire recently from California regulators, who claim that the courses violate state education rules, according to Wired.

Opposition to the bootcamps is dumbfounding. Why wouldn't California want droves of hopeful millennials coming to work in the state and adding value to the already enormous tech economy there? Licensing is one issue.

"They're not properly licensed, and the law requires them to be licensed to offer an educational service like they are," said Russ Heimerich, spokesperson for the the California Bureau for Private Postsecondary Education, or BPPE.

There's also a lack of oversight. Academies like Hackbright or Dev Bootcamp have been criticized in the past for claiming high placement rates for their students, but only the most successful make it to the end of the typically 9-12 week courses without being kicked out. While these courses have "projects," they seldom have actual grading systems. Fast Company notes that bootcamps have also come under fire for accepting recruitment fees for placing their graduates.

For their part, bootcamp organizers have welcomed regulation into their fast-growing businesses.

"We welcome regulation and oversight," said Kush Patel, App Academy co-founder. "We have nothing to fear from that process. We think it makes sense."

Despite Patel's confidence, many worry that schools like App Academy won't be able to survive through the licensing process. The BPPE has essentially agreed to allow these bootcamps to continue operating in good faith while seeking compliance with state law.

Some bootcamps may find the overwhelming demand for their courses enough to slog through the regulatory process. Dev Bootcamp's San Fransisco hack school is already booked through the summer, suggesting that legal or not, these bootcamps may be here to stay.