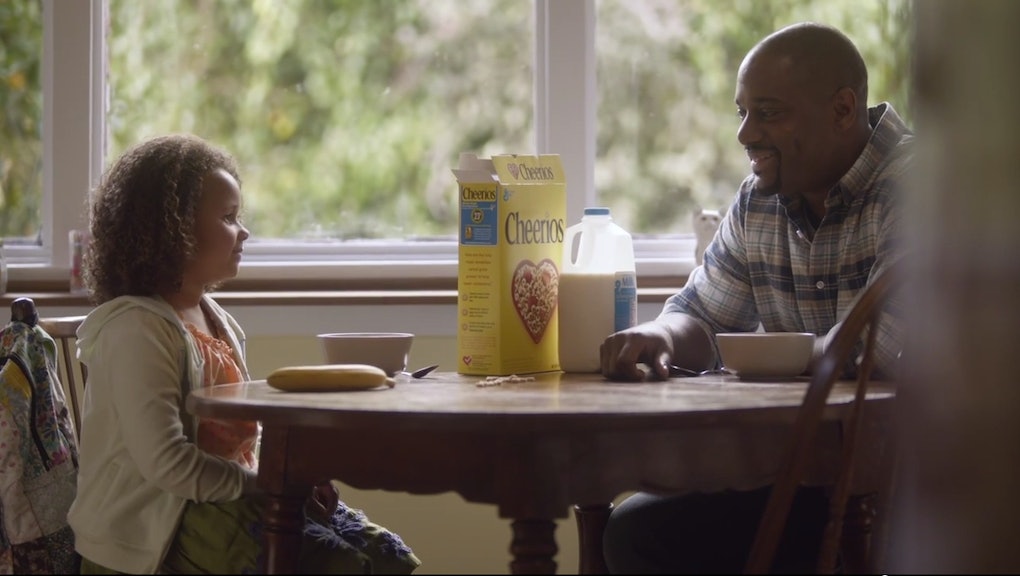 No big deal, right? Just a family talking about family stuff. Well, this 30-second commercial has already caused quite the uproar – one person has been fired – and the Super Bowl hasn’t even happened yet. It all has to do with this tweet from the official MSNBC Twitter account:

“Maybe the rightwing will hate it, but everyone else will go awww: the adorable new #Cheerios ad w/biracial family.”

That tweet, which went out Wednesday night and has since been deleted, spurred quite the brouhaha. See, it essentially implied that rightwing conservatives wouldn’t like this Cheerios ad featuring a biracial family because they’re, well, racist. And that, as you might imagine, did not go over well.

The next morning, Republican National Committee Chairman Reince Priebus sent a letter to MSNBC President Phil Griffin, informing Griffin that he had banned all RNC staff from appearing on the network. “Sadly, such petty and demeaning attacks have become a pattern at your network … the entire network is poisoned because of this pattern of behavior,” Priebus wrote. Thus began the Republican boycott of MSNBC.

But it didn’t last long. MSNBC was quick to apologize, issuing this tweet …

… and firing the staffer responsible for the original tweet that caused all this ruckus. Griffin personally apologized to Priebus on the phone Thursday, calling the tweet “outrageous and unacceptable.”

So Priebus lifted the temporary boycott of MSNBC, telling Sean Hannity that he was putting the network on “probation.”

Phew. So over the course of 24 hours, we went from an offensive tweet, to a Republican boycott of MSNBC, to a swift apology, to “probation.” Not bad for a simple 30-second commercial.

Next time, maybe the person tweeting for MSNBC won't lay out blanket statements calling members of a political ideology racist.