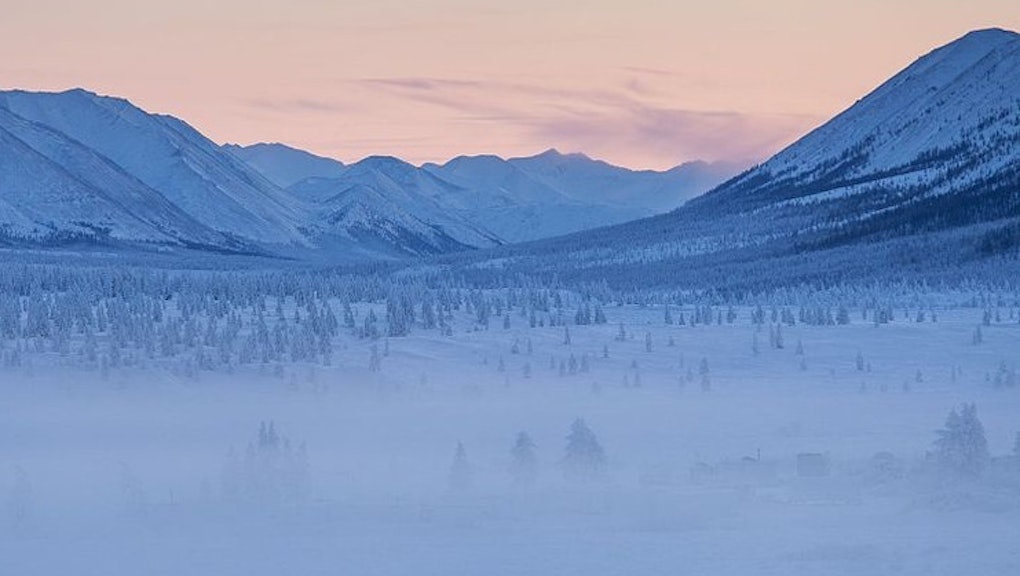 12 Incredible Photos of the Coldest City in the World

Think the polar vortex is bad? Imagine living in a place where the weather is four times as bad, almost all the time. Welcome to Oymyakon, Russia, a remote village that's generally considered the coldest inhabited area on Earth with average winter temperatures of minus 58 F (or minus 50 C). Although it does get colder — the coldest recorded temperature in Oymyakon was minus 96.16 F (or minus 71.2  C) back in 1924.

So what's life like in the coldest city in the world? Well, for one: wearing glasses outside can cause them to stick to the your face. The frozen ground makes indoor plumbing difficult, so most toilets are outside. Most cars are kept in heated garages, because if they're left outside, they need to be kept running or they won't restart. Planes cannot fly into the area in the winter. Frostbite is a serious risk after only a few minutes outside. Crops can't grow in the ground, so most diets consist mainly of meat including some "interesting" options like frozen raw Arctic fish, white salmon, whitefish and frozen raw horse liver.

"I was wearing thin trousers when I first stepped outside into minus 47 C," photographer Amos Chapple told weather.com. "I remember feeling like the cold was physically gripping my legs, the other surprise was that occasionally my saliva would freeze into needles that would prick my lips."

How do the locals deal with it? "Russki chai, literally Russian tea, which is their word for vodka," said Chapple.

But what about the summers? Are they just as cold? Actually, not at all. Summer temperatures average around the mid-60s and 70s and have gone as high as 94 F. But don't expect the summer to last too long. Oymyakon is a winter kind of place.