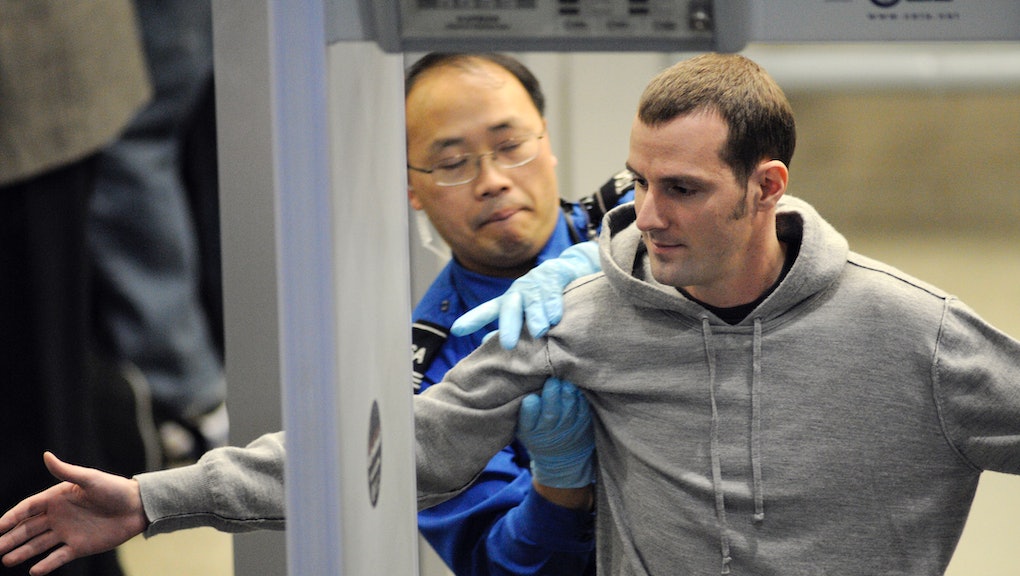 "I Saw You Naked And Yes, We Were Laughing." A TSA Agent Spills the Beans On His Job.

The news: On January 31, Politico Magazine published an article written by former Transportation Security Administration officer Jason Edward Harrington, and it is a whopper. It is an inside look at the TSA that makes air-travel so miserable for so many Americans. And Harrington’s piece boils down to one essential thing: the TSA is a joke.

In particular, according to Harrington, the full-body scanners that flight passengers are forced to walk through in the name of security are a giant waste of time.

“Officers discovered that the machines were good at detecting just about everything besides cleverly hidden explosives and guns. The only thing more absurd than how poorly the full-body scanners performed was the incredible amount of time the machines wasted for everyone.”

“The scanners were useless. The TSA was compelling toddlers, pregnant women, cancer survivors—everyone—to stand inside radiation-emitting machines that didn’t work.”

But the scanners’ uselessness isn’t even the most egregious thing about them. Harrington exposes exactly how the TSA officers in charge of monitoring the scanners treat the process:

“Most of my co-workers found humor in the [Image Operator] room on a cruder level. Just as the long-suffering American public waiting on those security lines suspected, jokes about the passengers ran rampant among my TSA colleagues: Many of the images we gawked at were of overweight people, their every fold and dimple on full awful display.”

Yes, TSA agents are laughing at us as we pass through their body scanners – because if the machines aren’t going to actually be used for security, they might as well be worth a laugh, right?

Harrington confirms Americans’ suspicions that the pat-downs issued by airport security are at best, spiteful …

“But we would also sometimes pull a passenger’s bag or give a pat down because he or she was rude. We always deployed the same explanation: “It’s just a random search.”

“Each day I had to look into the eyes of passengers in niqabs and thawbs undergoing full-body pat-downs, having been guilty of nothing besides holding passports from the wrong nation.”

And this isn't just one guy's word. Harrington’s article is backed up by a report from the Government Accountability Office that TSA misconduct rose 26% between 2010 and 2012. The TSA is ineffective and intrusive. Maybe we don't have to abolish it, but we certainly have to rework it.