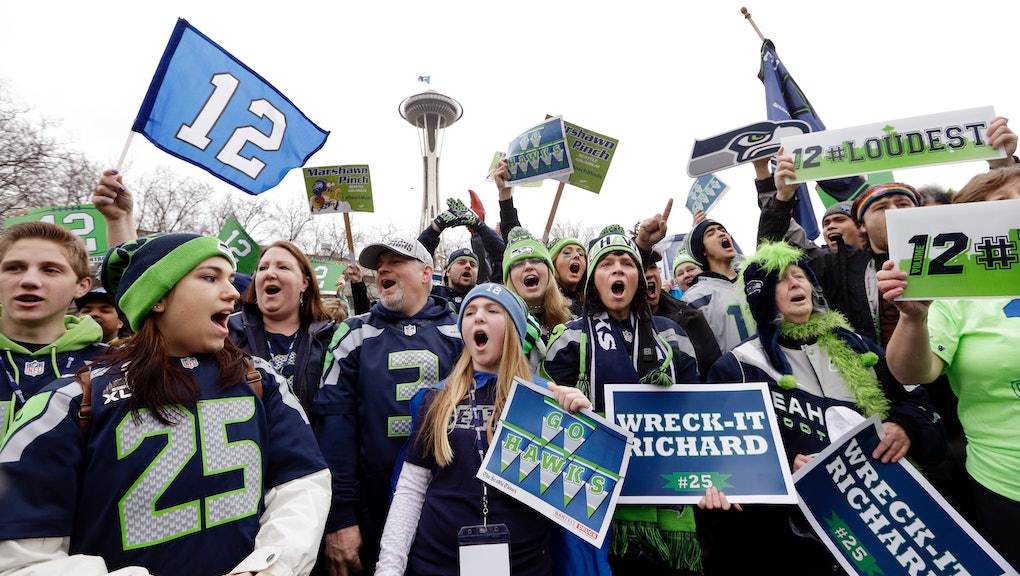 Data Scientists Have Determined the NFL's Most Diehard Fans

Using statistics such as team box office revenues relative to team on-field success, market population, stadium capacity and median income, a team from Emory's Goizeuta Business School determined the NFL teams with the most die hard fans, and the results might surprise you. According to the research, the top 10 are:

Among other factors, the study relied heavily on the comparison between predicted potential box office revenues and actual revenues. The teams that came through in the box office were the ones that ranked the highest.

This might seem like a reasonable method, but can science really give us a good answer to this question? While the Dallas Cowboys have often been called "America's team," fan bases can easily fluctuate from season to season.

Moreover, the study puts this year's Super Bowl contenders both outside the top 10: Denver fans ranked in at 12, while Seattle fans ranked in at 23. So if the big game was determined by fans bases alone, Denver would have this in the bag (luckily they'll play an actual game). However, during the 2013-2014 season, both teams had substantial fan bases. In fact, this year, Seahawks fans — commonly and affectionately known as the 12th man — in CenturyLink Field set a Guinness World Record for loudest crowd roar at 137.6 decibels.

And what about a team like the Oakland Raiders, which was ranked last on the Emory study (The rest of the bottom five teams were the Detroit Lions, Tampa Bay Buccaneers, Arizona Cardinals and Atlanta Falcons)? Even though the team hasn't posted the best record in a few years, Raiders Nation is notorious for its passion, and the fans are well-known for their unwavering commitment to their team — and for their costumes.

Data scientists may try to predict who the NFL's biggest and best fans are, but all real fans know their commitment can't be measured.