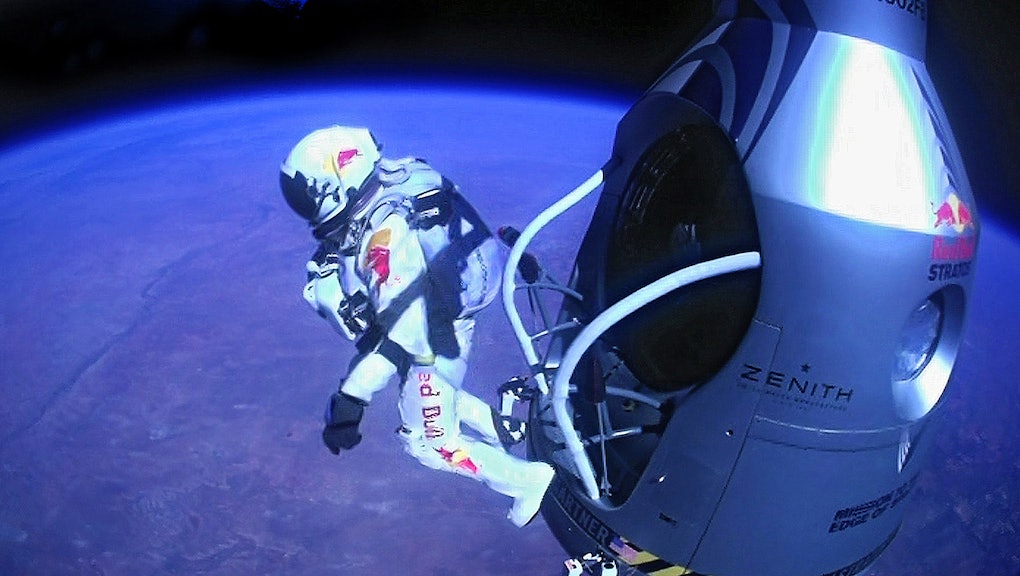 Daredevil Felix Baumgartner's 2012 space jump from 128,000 feet will forever go down as one of the most awesome things to ever happen. Even though he was just "falling," Baumgartner managed to travel through the atmosphere at 843.6 miles per hour and broke two world records: parachute jump from the highest altitude and jump with the greatest free-fall velocity.

But although though we've all heard and talked about the jump, we never really got to see what it was actually like. Until now.

When it happened, Red Bull only released about a minute and a half of the actual jump on YouTube. Now, GoPro has posted an eight-minute video with more footage, most of it from Baumgartner's perspective.

Along with the amazing footage, the video includes a few of Baumgartner's vital stats, including his heart rate, which went as high as 183 bpm. The video also includes some of the correspondence between Baumgartner and his team, as well as his thoughts right before the jump: "Sometimes you have to get up really high to see how small you are."