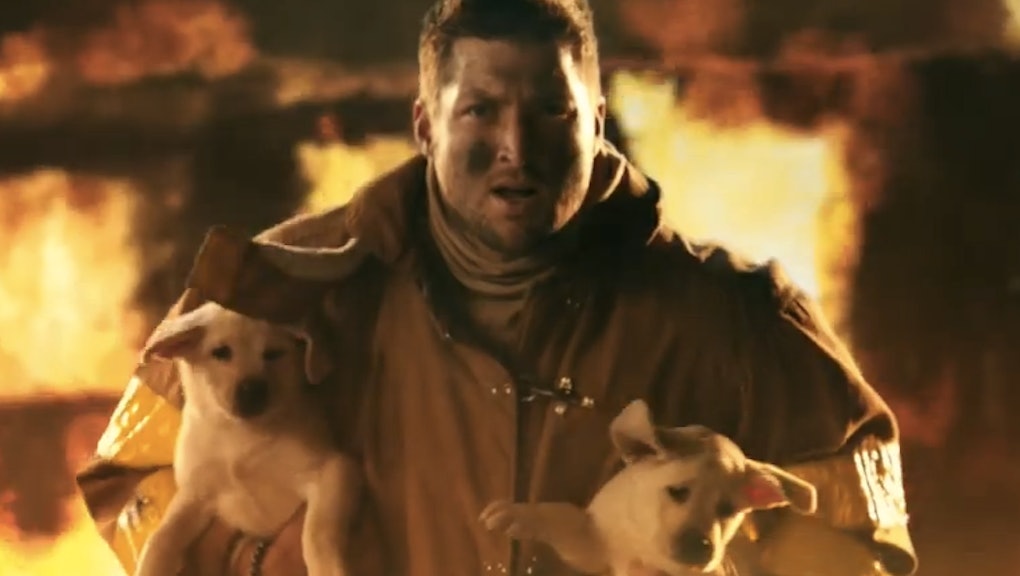 For Coloradans and Washingtonians, the Super Bowl was all about the football. For the rest of us, the real entertainment is in the commercials. From Felix Baumgartner's Go Pro spot to Terry Crews' Toyota cameo, here are the 11 commercials you need to watch over and over again.

Terry Crews has some serious regret when he picks up a band of Muppets stuck on the side of the road. They basically hijack his car but after some serious grooving, Crews is in good spirits by the end of their adventure.

2. Newcastle Brown Ale — “Behind the Scenes of the Mega Huge Game Day”

This hilarious spoof-ad by Newcastle starring Anna Kendrick made fun of the companies who spent a fortune for 30-second slots. Newcastle’s ad quickly went viral before the Super Bowl and it’s easy to see that the beer company is definitely on its advertising game.

What if you got a slow clap all the way home from buying a car? This spot starts with a single employee Car Max employee, but literally everyone is applauding this guy's latest purchase. The mail man, the girls at the lemonade stand, every body. Even the on-duty firefighter claps his way down a ladder.

Toy company GoldieBlox takes a step forward for little girls everywhere in an innovative ad that shows little girls combining their very pink "girly" toys to build a rocket. Lyrics in the empowering song say "right now's our time" and "girl's build like all the boys."

This pistachio ad featuring news comedian Stephen Colbert is short, sweet and bizarre. Colbert is here to counter a branding crisis in the pistachio world by pointing at nearby nuts and then ... just watch.

This ad shows daredevil Felix Baumgartner looking down on earth from the stratosphere, marveling at the view and falling back to earth. Viewers watch Baumgartner become a spec in the sky before the ad cuts away — a powerful statement from the relatively new action video company.

Of course Budweiser found the world's most adorable puppy and put it in this commercial alongside the company's signature Clydesdale horses. This ad basically proves how much social media has seeped into the advertising world.

This heartwarming Spanish rendition of "American the Beautiful" emphasizes our diversity, acceptance and national pride. Mixed in with thoughts from Naomi, who sings for us, this ad sells Coke without showing it once.

Audi struck gold with this hilarious spot about what a Doberman Pinscher/Chihuahua mix would look like. The results are terrifying, though this ad is definitely one of the night's best.

This uplifting Hyundai spot features the car's auto emergency brakes through a common experience for many fathers: teaching their son how to drive. We've all been there.

Last but not least is this Tim Tebow ad for T-Mobile. You too can do your own stunts, ride your own bulls and save your own puppies if you make the switch. Or you know, T-Mobile will buy out the rest of your contact. Up to you.

What was your favorite Super Bowl commercial? Let us know in the comments.