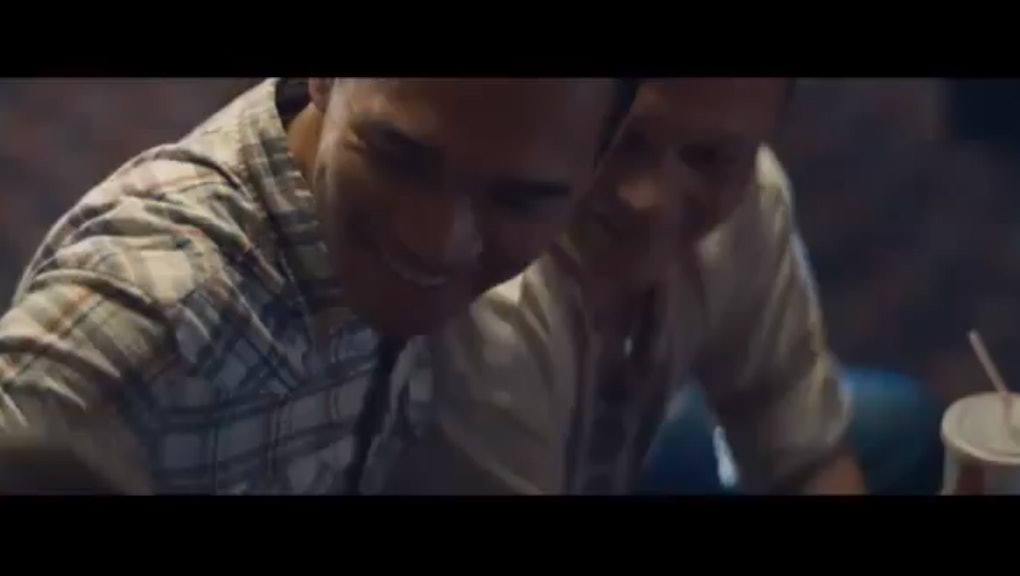 Coca-Cola's Super Bowl commercial made waves for two reasons: it included a rendition of "America the Beautiful" sung in different languages and it featured a gay couple among the montage of American families (first Super Bowl ad to do so).

But while there's been some backlash online, the media's focus on some people's racist/homophobic reactions obscures the fact that the ad has been widely embraced and that we as a nation have made so much progress.

Immediately after the commercial aired, news outlets began posting reaction-to-reaction pieces such as, "Coca-Cola's 'It's Beautiful' Super Bowl Ad Brings Out Some Ugly Americans," "Coca Cola Super Bowl Ad Inspires Racist Twitter Backlash" and "Coca-Cola's multilingual Super Bowl ad is driving Twitter xenophobes crazy." While it is important to call out bigotry, this insistence on highlighting the worst of reactions eclipsed the fact that the commercial was enjoyed by most people — even some unlikely ones.

If you're looking for evidence of progress, then look no further than this tweet by the conservative Heritage Foundation:

The Heritage Foundation is not your run-of-the-mill, right-leaning organization either. Last May, the think tank published a racially-charged immigration study that was rejected even by other conservative groups, and the heavy criticism forced the co-author of the study to resign from the foundation.

The unexpected tweet has been torn apart by some of the Heritage Foundation's own Twitter followers, but the fact that the organization posted it in the first place is a pleasant surprise.

But it's as though some liberals are unwilling to give conservatives even the benefit of doubt. During the Super Bowl, former White House adviser David Plouffe predicted that right-wingers would hate the Coca-Cola ad:

Much like MSNBC's prediction that GOP families would hate the Cheerios Super Bowl ad (which featured a biracial family), Plouffe's tweet was met with a round of criticism by conservatives who felt unfairly typecast. And again, the gaffe took attention away from the commercial's historical moment.

These kinds of Twitter-round up posts and knee-jerk assumptions perpetuate the idea that the bigoted reactions are the norm. After all, they are the ones that get written about. But while it may be tempting to troll Twitter and cherry-pick some ugly tweets from a random racist/homophobe, that doesn't really add anything positive to the conversation. Instead of giving them the attention that they don't deserve, how about we enjoy this small advance and talk about the progress we have made, and how much more we can make in the future.