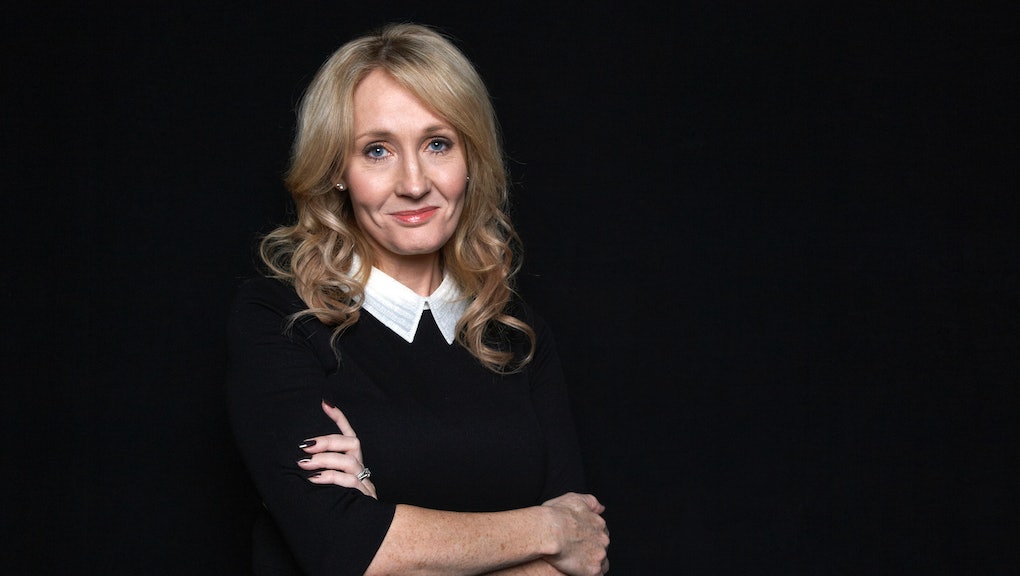 J.K. Rowling Says Hermione Married the Wrong Wizard, This is How Twitter Took the News

Although it's been seven years since J.K. Rowling published the final episode in the Harry Potter series, the author has changed her mind about the book's romantic conclusions. Hermione Granger should've ended up with Harry after all — not with Ron.

"I wrote the Hermione/Ron relationship as a form of wish fulfillment," Rowling said in a recent interview for an issue of Wonderland that Emma Watson is guest editing. "That's how it was conceived, really. For reasons that have very little to do with literature and far more to do with me clinging to the plot as I first imagined it, Hermione ended up with Ron."

Rowling said she imagined fans would be upset, but to the contrary, most fans were elated at the news. Many of these die-hard Harry Potter fans took to Twitter to express their enthusiasm for Rowling's romantic revision.

Many seemed to feel personally validated by the announcement:

Some thought the epilogue as a whole was a complete disaster.

And some seemed totally, pleasantly shocked by the idea.

It makes sense to a lot of readers that Harry and Hermione end up together because they were both overachievers in a way that Ron often wasn't — excelling at homework and more pressing extracurricular activities, such as repeatedly saving Hogwarts and the entire wizarding community. They come from similar upbringings too — neither has much magical support from their nuclear muggle families.

But it's clear Rowling feels definitively about this. She even went so far as to say if Ron and Hermione ended up together, they would need relationship counseling. Get your fan fiction pens ready — somebody clearly needs to write a counseling session between those two.