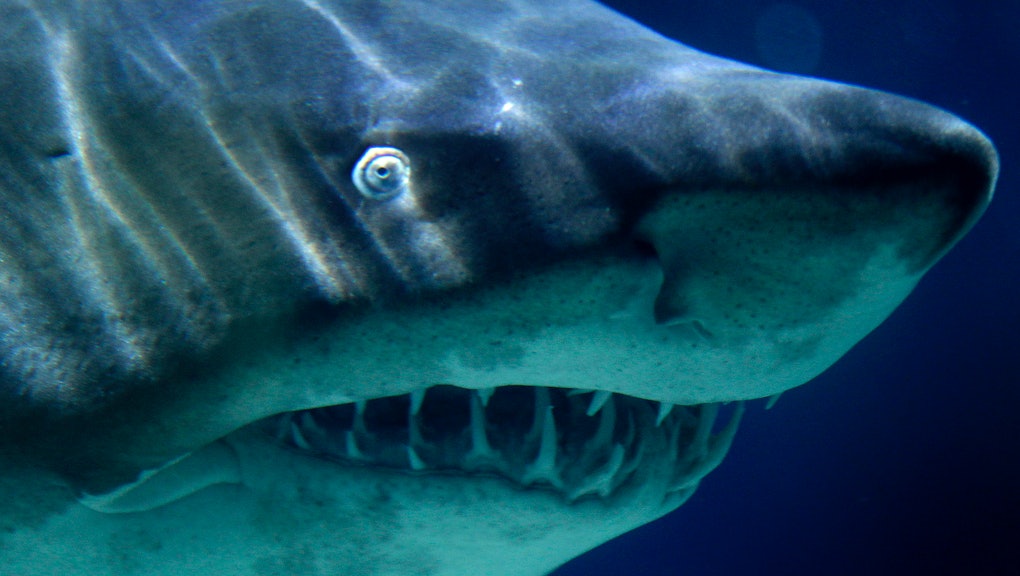 This Animal is Being Slaughtered, and the World is Letting it Happen

Background: As an Australian who has been living overseas, one of the questions I get most frequently is: "Isn’t Australia dangerous?"

People wonder how we can go swimming when there are so many scary things like sharks in the water. Undoubtedly, there are many dangerous animals in Australia, but the chances of any of them killing you are extremely remote. This stereotype isn’t helped by the media — movies like Jaws, Open Water, and Deep Blue Sea don’t do the image of sharks any favors. And the fact that perhaps our most famous citizen, Steve Irwin, died in a tragic accident in our oceans didn’t help either.

The fact is that statistically, shark attacks are rare and shark-related deaths even rarer: On average 4.4 people a year have died as a result of shark attacks, most off North American waters. Yet humans kill over 100 million sharks annually according to marine biologists. Overreaction? I think yes.

News stories over the last week highlighted a worrying international trend in the slaughter of sharks.

Culls in Australia: In Western Australia the government has introduced a new "catch and kill" policy to cull large tiger, bull and great white sharks in response to a minor increase in fatal shark attacks (seven over the last three years). The first shark kill came on Australia Day, the country’s national day, when a fisherman shot a 10-foot long tiger shark 4 times in the head with a .22-caliber rifle. A great concern is that many undersized sharks that are not part of the policy are also being harmed. In the last week, several small sharks have been found hooked to baited drum lines being set off Perth’s busiest beaches.

Public anger is rapidly growing in reaction to the policy, and in January protests intensified as thousands assembled at beaches all around the nation to protest the cull. "The worst part of what the government is doing is killing sharks that are innocent," 78-year old underwater cinematographer Valerie Taylor told the New York Times. Entrepreneurial leader Richard Branson believes that the cull is a media ploy to bring in tourism, but that it will end up backfiring on the Western Australia government. "You're advertising a problem that doesn't exist in a major way and you're deterring people from wanting to come to Perth and your beautiful countryside around it," he told the national Fairfax radio station.

Fish oil industry: Meanwhile in the northern hemisphere, sharks are being killed en masse for a different reason. Shark liver oil is highly coveted for use in skincare products, lipstick and Omega-3 health supplements. The North American fish oil industry has boomed in the last decade with the price soaring to $2,100/tonne in 2013, up from $620/tonne in early 2009. Last year, consumers in the U.S. bought $1.2 billion in fish oil supplements. The large market has lead to worrying illegal practices in procuring fish oil by companies around the world. A recent investigation found the world’s largest rogue shark slaughterhouse in the Zhejiang province of China, where hundreds of endangered specimens a year are caught in the South China Sea and Pacific Ocean and processed for fish oil. Particularly concerning was the discovery of slaughtered whale sharks, a species vulnerable to extinction.

What can be done: Last week the Mexican government announced a permanent ban on fishing for great white sharks. The ban mandates that sharks caught accidentally during fishing must immediately be released back into the sea. This is great news because great whites are particularly vulnerable due to their slow growth and low reproductive potential. The growing awareness in Australia means that activists are hoping to override the ban and achieve the same protections for certain species from their government.

And of the demand for oil? Reactions are mixed. On one hand, the market for fish oil is being demonized and some activists are calling for an end to the "craze," citing evidence that while omega-3 deficiency is a real problem, the scientific proof that fish oil in strongly beneficial is underwhelming. On the other hand, it’s hard to blame people who want a product that they think might make them healthier, so others are calling for tighter regulation on fishing, and a boycott of fish oil sourced from sharks in favor of more sustainable products.

Let’s hope things get done quickly, because it seems outrageous and horribly privileged that sharks are being attacked in their homes. Humans don’t own the oceans; they belong to a large and complex ecosystem of species that inhabit them. As apex predators, sharks are vital to the natural infrastructure of healthy oceans.